Jeff M. says his daughter's foot will always be scarred from the Yamaha Rhino rollover she was involved in during the summer of 2006. He had taken his Yamaha Rhino ATV up north in Michigan for a family reunion, knowing that where the area had a lot of RV trails. Unfortunately, his daughter wound up in the hospital after the Rhino she was riding in flipped over.

"I let one of the cousins drive the Rhino with my daughter," Jeff says. "He was driving and turned the Rhino too sharp and it flipped. It came over on top of her foot and peeled the top of her foot completely off. The nearest hospital was an hour and a half away, so it was an issue to get her to the hospital. We had to take a ferry and there was an ambulance fee and an emergency fee to fix her tendons and ligaments. 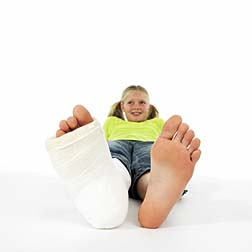 "She was in surgery for between two and a half and three hours and stayed in hospital for three days afterwards. She says when it gets cold she feels it in her foot. I think she always will.

More News
"The accident cost me about $3,000. Insurance didn't cover some of the costs like the damage to the Rhino. I had figured it was just kids being kids and they flipped the Rhino but then I started hearing about other accidents. They [his daughter and her cousin] said they weren't going fast—they were just making a turn and he hit the throttle and it went over. I have to go with what he [the driver] says about the accident. They were wearing their seatbelts.

Yamaha has come under fire from critics who say the Rhino flips over too easily and was not designed with proper safety equipment, including safety doors. Some people have died in Yamaha Rhino rollover accidents while others have been seriously injured. Those who have been injured in Rhino rollovers, and family members who have had loved ones die in such accidents, are now investigating a possible lawsuit against Yamaha, alleging the company was negligent in its design of the Yamaha Rhino.