Carolyn Anderson, co-founder of Concerned Families for ATV Safety knows all too well the pain of losing a child in an ATV accident. Her son, James, died at the age of 14 in an ATV crash. It was his first time on an ATV and the accident occurred while James was on a vacation with family friends. Now, Anderson is fighting to make sure that other parents do not go through what she went through by proposing legislation to regulate children's use of ATVs.

LawyersandSettlements (LAS): Where does your proposed legislation currently stand? 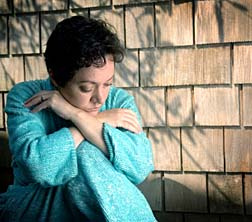 Carolyn Anderson (CA): It's currently pending. The opponents came out of the woodwork in the end. We got a lot of momentum going under the radar screen, it seemed, but the ATV industry is strongly opposing the bill because they don't want it. It appears that what's happening is that the [ATV] industry has a lot of influence. It's a multi-billion dollar industry.

We have a separation of church and state in the US, but I think we need a separation of business and state because we are just—it's really a sad situation. Corporations have far too much power over our government—too much influence. This matter of childhood deaths and injuries, you would think that elected officials would be willing to support something like this. Some officials are supporting it but you don't need many opposed to it to kill a bill.

The point of the legislation is not about the 1 percent of families who own ATVs but about the others whose children will be exposed without owning them. If you look at the stories on our website, a lot of children were killed by other people's ATVs, and a lot of parents didn't have the choice to say 'No, I don't want my child driving that ATV.' Children are being exposed to these ATVs and the ATVs are treated like they are toys.

I hope that the bill will be supported and passed but it is not clear that will happen now. The bill got through the senate, got through committees and was then held up by one representative who opposed the bill.

The bill got a lot of support: it had endorsements from 27 organizations, including the Massachusetts Medical Society and the Brain Injury Association of Massachusetts. It got the support of every children's hospital in the state. It got a huge amount of support from people who are treating these kids. We have doctors saying that 14 kids in July were admitted to hospitals [in Massachusetts] for ATV related injuries and 10 were admitted in August. Almost 30 percent of those killed or injured are children 16 and under.

Children don't drive automobiles for a reason. They are inappropriate for children. This bill is about protecting the 99 percent of families who do not own ATVs and do not want their children exposed to them. It is a common sense piece of legislation.

LAS: How much research went into creating this bill?

CA: There was a lot of research. The medical literature is rich with data about deaths and injuries related to ATVs. The research refutes the idea that supervision and helmets will change the injury risk for children. The only thing shown to change injury risk was legislation—Nova Scotia had a 50 percent reduction in injuries after children under 14 were banned from riding ATVs. There was no change in injuries to children aged 14-16 [who were not banned from riding ATVs]. We know that people will be law abiding and that legislation works. That's huge…huge. Legislation does work.

Our bill here allows those families that are bound and determined to allow children to ride ATVS at sporting event to do so—it leaves them alone.

I came across article from North Carolina where they passed significant ATV legislation even with loopholes. The reporter interviewed a dealership in North Carolina and the person interviewed said 89 percent of their market is families and the business would hurt at Christmas time. The bottom line is the dollar. They want to sell as many units as they can and are not concerned with consequences—that's the parents' responsibility.

LAS: If you could draft the ideal piece of legislation for ATVs, that makes no exceptions for anyone, what would that legislation be?

CA: If you go to the Massachusetts website and type in jet ski laws, you'll see that all children under the age of 16 are prohibited from driving jet skis. Done. That's it. That's what it would look like. ATV laws would be identical to jet skis. They would be prohibited for children under 16. There's no more to it really.

LAS: Is there anything else you would want people to know about ATVs?

CA: There are no second chances with your child's life, so you need to protect your kids. You don't get redos.

Posted by
Brant Viator
on November 12, 2010
I am a Proud owner of atv's that i have bought on my own, i have owned an atv since the age of three. There is no way to stop accidents, atv or a car. The loss of your son is very sad but your son had a better chance of dieing in a car than on a Fourwheeler. What you are trying to do is get rid of one of billions of ways for kids to die. It is not a right choice for you to do this because of very few losses. Exspose your kids to more to learn how to take care on one of these vehicles. 1 out of 3 people in my town own and atv, young and elderly. There is no way to prevent it. Accidents will happen and you cant stop them. (accident) is the key word. Can happen anywhere anytime so leave it alone.