Sue Deloretto-Rabe has been fighting to make ATVs safe since her son, Kyle, died in an ATV rollover accident in 2002. She says the fight has often been frustrating, with ATV lobbyists successfully fighting against any changes that strengthen ATV warnings.

As a co-founder of Concerned Families for ATV Safety, Deloretto-Rabe says ATVs are far too dangerous for children and laws must be passed to protect them.

LawyersandSettlements (LAS): What makes ATVs so unsafe for children? 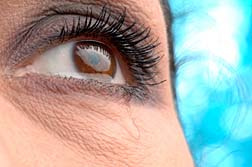 Sue Deloretto-Rabe (SDR): I think it's the way they're made and the way that they are treated as a recreational toy when in fact they are more like an automobile. I think ATVs are made highly unstable. There were some investigative reporters in Oregon who worked for over a year doing an ATV investigation. They actually hired an independent engineer who took apart an ATV and saw how it was made. He put it back together and said that all-terrain vehicles should not be called that because they cannot go on all terrains. On some terrains they tip over all too easily. The engineer said it was the wheelbase—they just are unstable. They are not all terrain, like manufacturers make them out to be. So how can you call them all terrain when they flip over so easily and are not designed to go on pavement?

It's very frustrating. If you watch these deaths like I do—I keep track of kids under 16. These kids do not even have the physical and mental abilities to drive a car but we're letting them drive ATVs. In the month of August [2008], I recorded 16 deaths. Every other day a child under the age of 16 died on an ATV in the month of August.

LAS: Often, the public puts the blame for the accident on the ATV's driver. Is this the correct way to look at it?

SDR: That's the industry instilling that it's people's fault for accidents; that they were involved in inappropriate behavior. ATVs travel at highway speeds, they are heavy and they are unstable. They are not things that people should put their kids on. You might as well put the kid in the driver's seat of a car. You are not going to control what they are doing by supervising them. It won't prevent them from dying.

As for safety gear—sometimes the helmet will save you, but in a lot of the instances the children are wearing safety gear and they are still dying. The weight of machine can crush a child or the helmet can blow off if the child hits a tree.

LAS: What do you say to people who argue that if you start children off young on ATVs, they will be safe?

SDR: It bugs me that they say children are safe if you start them young. Studies have proven that children do not have the mentality to control an ATV. Part of brain does not develop until they are older. You can train a kid over and over and over to do something, but if that part of the brain has not been developed, when it comes to a split second decision the child won't remember what to do. That's why you have to be of age to drive a car. So, you have to be 16 to drive a car but kids as young as six are allowed to drive ATVs. They don't have the mental capacity to handle it and they also do not have the weight to control the machine.

My son had experience on ATVs. We trained Kyle from a young age. What good did the training do when he had to make split second decision? [Kyle died when the ATV he was driving hit either a stick or a rut on the side of a hill, swerved left and then rolled over on the right, pinning him beneath it.]

People don't get it until it happens to them. What I did wrong was let him drive an ATV. You don't get second chances in these cases.

LAS: Are there concerns about how ATVs are marketed?

SDR: ATVs are marketed to look like fun—on advertisements you cannot tell if it is a kid or an adult on the machine most of the time. They used to have the teeniest print on ATV ads say, "Not recommended for under 16," but it was hard to read.

We are starting to see that warning printed larger. They [ATV manufacturers] are saying that they're trying and putting things in there to warn the kids, but they are also changing their own rules. They are going to stop going by engine size as a determinant for who can drive the ATV [it used to be that children under the age of 16 were not recommended to drive ATVs above a certain engine size]. Now, they are going by speed. They are saying that children can only go up to a certain speed that is regulated by a speed monitoring device. But that doesn't help with the weight of the machine when it flips over. Plus, a child can just stick a screwdriver in the device to make the ATV go faster. It's ridiculous.

LAS: What can be done to change things?

More ATV ROLLOVER News
SDR: I think that there needs to be some common sense safety laws passed in every state or nationally, preventing kids under 16 from riding. We need to treat ATVs more like motor vehicles than like toys. That would be ideal.

There has to be more lawsuits. It took until there was a big lawsuit with tobacco for things to change. We are still in that same boat with ATVs.

Parents argue that they don't need laws to tell them how to parent, but we really do need those laws. We have laws about seatbelts and safety seats and drinking ages, so we do have laws telling us how to parent. I honestly believe that most parents are law abiding; if we had a law against children under age 16 riding ATVs, they wouldn't put their children on them.

People say that ATVs are family fun, but they're not family fun—they are adult fun. ATVs are for adults, not for children.

Posted by
Kristin
on May 3, 2015
I remember the day this happed, and while lands away on an Daily Alert Military Special Forces ARMY Base Fort Polk, LA . I was so distraught while hearing of news from back home. and ill to the stomach, because i ,too have a little brother same exact age and hobbies like Kyle, only a few months apart as my (then) new friend Justin De Loretto had to re- live this tragedy everyday with his wonderful loving family who relive all the good memories of such an angelic little man. I sure wish i could have shook your hand or hugged ya Kyle. I know your doing Epic huge things up there way beyond Carbon Fiber helmets and getting laws passed.
I know now having my own son Jonah Age 5 who started riding his ATV at age 3.and now a dune buggy, I Still to this day want to cheer him on and be his #1 and most embarrassing fan he has! watch him rally around our wooded trails , expertise, and absolute safety and buddy systems are Paramount especially in our rural areas. Thank you Sue for turning pain and grief into being an advocate for issues otherwise just not discussed, than later regretted. God Bless You and your loved ones and supporters. its making differences and change in my daily life watching helmet standards and testing of age and size progression, safety eyewear for day and night and walkie talkies.
XoXo Love you guys!
Kristin & JJ Meade