A long-promised crackdown on pharmaceutical executives accused of potential wrongdoing is gaining momentum with the indictment yesterday of a former vice president and legal counsel of GlaxoSmithKline (Glaxo). While the pharmaceutical giant is headquartered in the UK, its US operations are based in North Carolina. 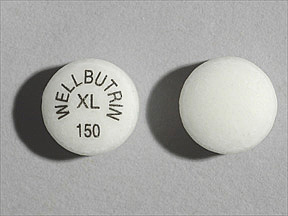 The New York Times reported yesterday that Lauren C. Stevens of Durham, North Carolina, has been accused of lying to the US Food and Drug Administration (FDA) with regard to the alleged off-label marketing of Wellbutrin—an antidepressant—for weight loss.

While doctors have the legal and medical authority to prescribe drugs for uses not approved by the FDA, pharmaceutical companies do not. Critics have been crying for the heads of Big Pharma executives who before now have emerged relatively unscathed, while the companies they work for and represent are hit with fines sometimes totaling nine figures.

Stevens has been formally charged with making false statements and obstructing a federal investigation in illegal drug marketing, according to a November 9th statement by the Justice Department.

Stevens is accused of authoring a series of letters in 2003 denying that Glaxo was marketing Wellbutrin off-label. It is also alleged that Stevens denied that Glaxo possessed promotional slides sought by the FDA for its investigation at the time.

However, the indictment alleges that the promotional slides did exist, and that Stevens had a legal memorandum prepared for her to lay out the "'pros" and "cons" of producing the slides for the federal drug authority. One of the "cons" was that the slide sets would provide "incriminating evidence," the indictment says.

The indictment did not identify who prepared that memorandum.

Stevens is said to be assembling a legal team in her defense, but could not be reached for comment. Glaxo says that Stevens, 60, is now "retired."

Drug companies often pay doctors honorariums to speak to other doctors about drugs about which a manufacturer cannot speak to directly. Stevens denied that Glaxo was marketing Wellbutrin illegally, even while doctors paid by Glaxo were giving promotional talks about Wellbutrin.

The New York Times reported that one doctor spoke at 511 events, while another spoke at 488.

Ms. Stevens was charged with one count of obstructing an official proceeding, one count of concealing and falsifying documents to influence a federal agency, and five counts of making false statements to the FDA. The maximum penalty is 20 years in prison for obstruction and five years for each false statement.

It was reported that Stevens will plead not guilty.

Posted by
Larry Stone
on May 4, 2013
I was given Wellbutrin, along with my diabetes medications, the Wellbutrin was discontinued after about 12 months, citing it was causing bone loss, I still have depression issues, and exploding at a moments notice, my son has been the only one to suffer my anguish, and hostility. I never worry about anything any more, I was unable to continue my work in sales, and have not worked since. I believe this is a very significantly harmful medication, and should be discontinued.