It has been just over a year since a study was published in the American Journal of Obstetrics & Gynecology suggesting a link between the use of Wellbutrin early in pregnancy and the development of Wellbutrin birth defects. The study concluded that more data would be needed to confirm potential Wellbutrin side effects on infants. Additional studies have not been conducted, but the FDA has Wellbutrin in pregnancy category C and suggests that it should be used during pregnancy only if the potential benefit justifies the potential risk. 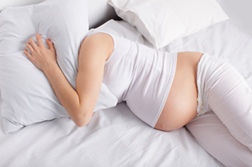 Researchers in the American Journal of Obstetrics & Gynecology (07/10) analysis set out to study whether the use of bupropion, the generic form of Wellbutrin, early in pregnancy was linked to an increased risk of congential heart defects. Bupropion is approved as an antidepressant, but is also used as a smoking cessation aid under the brand name Zyban. Both are marketed by GlaxoSmithKline. Because major depression among women who are of reproductive age is common and because women who smoke are encouraged to stop when they either become pregnant or plan on becoming pregnant, researchers determined that some women might be treated with bupropion early in their pregnancy.

Researchers noted, however, that despite the use of bupropion to treat pregnant women, there was only limited data on whether use of the medication while pregnant was safe. One source of data was the Bupropion Pregnancy Registry, established by GlaxoSmithKline in 1997 to report outcomes on pregnancies involving bupropion.

More WELLBUTRIN News
Determined to study the risk of congenital heart defects, researchers investigated the outcomes of births where the mothers used buproprion any time between one month before and three months following conception. Researchers discovered a link between the use of bupropion during early pregnancy and the development of left outflow tract heart defects in infants. They further noted that although the development of left outflow tract heart defects could be caused by depression, rather than the bupropion, the same defects were not seen in patients treated with SSRI antidepressants, making that scenario unlikely.

Researchers concluded that the risk of left outflow tract heart defects could be as much as double in infants exposed to bupropion early in pregnancy. But they cautioned that more research should be conducted to confirm their findings.

If you or a loved one have suffered losses in this case, please click the link below and your complaint will be sent to a drugs & medical lawyer who may evaluate your Wellbutrin claim at no cost or obligation.
Request Legal Help Now

Posted by
reza
on March 29, 2014
hi i am using Wellbutrin xl 150 and me and my wife are trying to have a baby would the Wellbutrin effect us in ant way?
plz reply and give me tips?