Coumadin: “The Most Dangerous Drug in America”

It can easily be said that the pressure on Coumadin (warfarin) has been off ever since the two newer blood thinners Pradaxa and Xarelto have been on the market and commanding headlines with their inherent lack of antidotes (although a reversing agent for Pradaxa is currently in the pipeline for FDA approval). 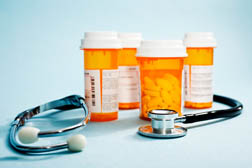 In fact, warfarin has benefited from a reputation as a “steady Freddy” anticoagulant for some 50 years, together with the availability of an effective antidote against a serious bleeding event in the form of vitamin K.

However, Coumadin Warfarin is not without its critics, and concerns over various Warfarin side effects remain. For example, the potential for Coumadin birth defects has been known for some time, with the medication guide for warfarin suggesting strict directives for pregnant women to avoid warfarin at all costs due to a high potentiality for bone hypoplasias and brain damage to an unborn fetus.

That hasn’t been a huge concern, in that the vast majority of Coumadin patients are elderly and suffer from atrial fibrillation. In order to help prevent a stroke, a blood thinner such as Coumadin is employed.

Warfarin has been hailed for the availability of an antidote - especially in the last few years when Pradaxa and Xarelto appeared on the market without one. But Coumadin has also benefited from the lack of a worthy competitor for decades. And warfarin is not easy to manage, with ongoing monitoring needed to ensure that dietary restrictions are maintained in order to avoid what could be serious food interactions.

Then there’s the fine line between too much warfarin fostering bleeding events and too little, resulting in potential blood clots that could trigger a stroke.

And according to The Virginian-Pilot in Norfolk (7/16/15), in the wrong hands Coumadin can be a killer.

An analysis of government inspection reports by ProPublica shows that from 2011 through 2014, at least 165 residents of nursing homes were hospitalized or died from errors involving Coumadin or generic warfarin. Studies have also suggested, according to The Virginian-Pilot, that thousands more Coumadin patients are injured each year - injuries that are not reported and thus, never investigated.

A 2007 peer-reviewed study in the American Journal of Medicine estimated that nursing home residents suffer 34,000 fatal, life-threatening or serious events related to Coumadin Warfarin each year.

In two examples, an 89-year-old grandmother of eight died from internal bleeding after a San Diego nursing home facility gave her an antibiotic that multiplies the effects of Coumadin, and then failed to alert Delores Huss’s physician that she required additional blood tests to measure how long it was taking her blood to clot.

More COUMADIN (WARFARIN) News
In another case, Shirley Reim was hospitalized with blood clots in her legs after a Minnesota nursing home failed to give her Coumadin for 50 days in succession. The woman was recovering from hip replacement surgery. The facility also failed to perform the blood test ordered by her doctor. Reim suffered permanent damage as a result. Details of the cases were gleaned from government inspection reports and Coumadin lawsuits filed by the patients’ families, which were settled confidentially.

“It’s an insidious problem,” said Rod Baird, president of Geriatric Practice Management, a firm that creates electronic health records for physicians working in long-term care facilities, in comments published in The Virginian-Pilot. Because it’s so easy to get wrong, “Coumadin is the most dangerous drug in America.”

If you or a loved one have suffered losses in this case, please click the link below and your complaint will be sent to a drugs & medical lawyer who may evaluate your Coumadin (Warfarin) claim at no cost or obligation.
Request Legal Help Now

Posted by
Ashlee
on November 26, 2016
My father in law passed away 11/23/16 from a hemorrhagic stroke caused by warfarin. Is my mother in law entitled to Any type of settlement? We're curious because we now have funeral experience that we're unable to cover.
Posted by
Donna Johnson
on June 1, 2016
Dad is currently fighting a brain bleed and now and "air on the brain"...Coumadin is the cause
Posted by
Nancy Ibarra
on October 16, 2015
My mother died 1 month ago on Sept. 16th, 2015 due to a brain bleed. She had been on warafin for many years. The Dr. said it was caused by the warfarin.