Now that the blood-testing device called Alere INRatio is known to cause misreadings, attorneys are beginning to focus on blood thinner-related injuries. And there may be legal action against Alere, the manufacturer. 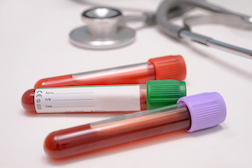 As well, an investigation regarding use of Alere that was used in Xarelto clinical trials, another blood thinner like Warfarin (brand name Coumadin), may have resulted in false data. As a result, Xarelto may have been shown to be more effective than it really was. Data from the Xarelto clinical trial was also sent to reputable medical journals, according to the New York Times (May 2016). Lawyers for Xarelto plaintiffs claim that the esteemed New England Journal of Medicine left out critical data in the drug’s analysis.

“Folks who have a problem with blood clots are placed on Warfarin, and the levels are carefully adjusted to make sure your blood isn’t too thin or too thick,” says attorney and cardiologist Shezad Malik. “Traditionally patients on Warfarin had this test done in a lab or clinic but now with a home-monitoring device patients can test themselves in the comfort of their home, presumably with same results.”

More ALERE INRATIO RECALL News
But patients aren’t getting the same results. In a lab or clinic the test is conducted by healthcare professionals and trained patients/patient caregivers to determine appropriate levels of Warfarin. “People may be unaware they are exposing themselves to dangerous levels of Warfarin,” adds Malik. The wrong level could result in a patient experiencing a fatal bleeding event.

Malik says Alere has been trying to fix the device, “but now they realize there is no fix.


Shezad Malik says Alere has been trying to fix the device, “but now they realize there is no fix."
“Up until now there was no cause of action involving Warfarin complications because the drug is generic but we are hearing from consumers on blood thinners such as Warfarin and Xarelto who are filing Alere INRatio complaints because their blood-testing strips are not providing accurate readings of their blood clotting ability.”