VW diesel owners were stunned to learn last week that their vehicles don’t meet federal emission standards. VW and independent dealerships are now stuck with millions of dollars of inventory they can’t legally sell. Like individual VW owners, dealers are now filing their own lawsuits against the company that sold them container loads of defective cars. 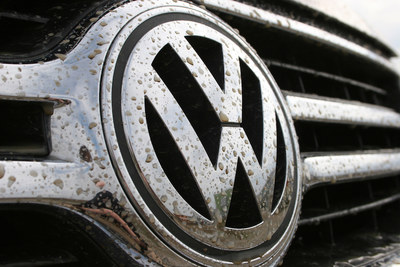 “Needless to say there is a problem when a dealer has inventory on hand that is a safety problem or is a health hazard problem. It sure sounds like there is evidence that these vehicles are in that category because they don’t meet the emission standards,” says attorney Eric Chase, from the firm of Bressler, Amery & Ross in Florham Park, New Jersey.

A veteran attorney, Chase has represented dealerships in disputes with factories for decades. Although Chase won’t say exactly what is ahead for the clients he represents, it is fair to say this will likely involve some kind of legal action.

According to Chase, at least one class action has already been filed in Alabama.

“What you have here very simply is that dealers are customers of Volkswagen too,” says Chase. “They purchased vehicles at a wholesale price for the retail market. They bought a lot of merchandise that was illegal because they were fitted with a software device that was intended to disguise the emission levels.”

An estimated 500,000 vehicles that were shipped and sold to dealers in the US by VW were fitted with a “defeat device” that tricked standard engine emission tests. When the vehicles were road-tested they showed nitrogen oxide (NOx) emissions up to 40 times the federal legal limit.

The trick “defeat device” was installed in “diesel light duty vehicles,” model years 2009 to 2015. In Los Angeles, attorney Robert Starr, who specializes in representing clients with so-called “lemons,” has filed a class-action suit against VW on behalf of an independent dealer who is now unable to sell diesel Volkswagens in his current inventory.


“Now the problem has been unveiled,” says Starr.
“My clients can’t sell the cars because they know that they violate EPA standards.

Meanwhile, attorneys general from at least 27 states are starting an investigation into Volkswagen for violations of consumer protection and environmental protection laws and regulations.

Although VW is not the first car company to sell defective vehicles to consumers and dealerships, the story certainly stands out in terms of its scope.

“Unlike the GM ignition problem, no one in the VW diesel unlawful activities has died,” says Eric Chase. “However, the VW diesel problem stands out because it is so widespread and so flagrant.”