Medical malpractice is a serious issue for any patient, but when the patient who suffers is a veteran, one who has been treated by Veterans Affairs, the issue seems even more outrageous. Especially when that patient was a prisoner of war and one who has repeatedly suffered from misdiagnosis, ignored complaints and botched surgeries.

Allan Damron was a POW in the Korean War. He says that is where his back problems began. "The hittings and the beatings and stuff messed up my back," Damron says. "But nobody wanted to do anything about it. They messed up my spine and my neck. It wasn't until a long time, at least 10 years, after I started complaining, that a new doctor discovered that my spine is deteriorating. Before that, they did nothing." 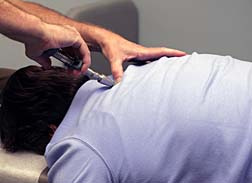 However, the back problem is just the start of Damron's issues with the VA. A few years ago, Damron began having trouble breathing. "They [VA doctors] did a bunch of tests on my lungs, but my lungs were okay so the doctors didn't do anything," Damron says. "But I still couldn't breathe. So they did a stress test on my lungs and then they did a series of angiograms. During those they discovered that my heart valve wasn't working. The heart was pumping blood through the arteries, but the valve was allowing it to run back into the heart."

Damron was given an artificial heart valve at a VA hospital five years ago. However, he says he still had trouble breathing. His breathing problems had a serious impact on his life. "I lay in bed all day," Damron says. "If I walk outside to the car, I'm out of breath. If I get undressed, I'm out of breath. I can't walk even one street around the block and I can't climb stairs because I can't breathe. If I walk from the bedroom to the living room I have to sit for a few minutes because I am out of air."

Damron has been living like this for five years. It was only on November 29, 2007, that Damron finally learned what was causing his breathing problems. "A doctor in Denver redid my tests," Damron says. "He said, 'They gave you a kid valve. They gave you a size two and you should have had size seven or eight. My heart valve is six sizes too small. So now, they have to decide whether to perform surgery to replace the valve or leave it the way it is. But if they leave it, I will still have breathing problems."

More News
As if problems with his breathing and his back were not enough, the VA has caused other problems for Damron. Two years ago, he was diagnosed with prostate cancer at the Fort Harrison VA and sent to Utah for three months of radiation therapy. Upon returning home, Damron received a letter from the VA. "They told me that the stuff they used in the biopsy wasn't sterilized properly and I needed to be tested for HIV or Hepatitis C," Damron says. "Those tests came back negative, but now it looks like I never had prostate cancer. I had three months of radiation for nothing."

Damron is now waiting to learn whether or not the valve in his heart will be replaced. He says he has had many problems with the VA system. "They keep putting things off," Darmron says. "I've had problems for a long time, but they didn't do anything about it. They're just dragging their feet on everything and not fixing the problems. It seems like they're putting a band-aid on broken bones."