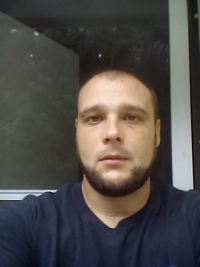 Ask disabled US Army Veteran Alex Pappas (pictured) what he thinks about the current VA medical malpractice controversy surrounding the department and its services and he says, “I am absolute proof of the problems with the VA. I think soldiers are only important to the government as long as they are soldiers.”
Read [ Army Veteran Struggles with Chronic Pain and Veterans Affairs ]

Attorney Benjamin Krause is a powerful voice for former soldiers who often find themselves fighting against the Veterans Administration (VA), an organization they expect to be their ally.
Read [ Veterans’ Attorney Advocate Sees New Class-Action Legal Battlegrounds for Wounded Warriors ]

Families of four veterans who died due to medical malpractice at the Coatesville, PA, Veterans Affairs Medical Clinic were paid nearly $1.4 million in wrongful death cases following their treatment, according to reports from The Center for Investigative Reporting.
Read [ Medical Malpractice Suits against Pennsylvania VA Clinic Settled for $1.4M ]

“They Set Me on Fire”

American military vet Steven Anthony was already living a life compromised by Post Traumatic Stress Disorder (PTSD) when he was suffered another blow to his already fragile mind at a Veteran’s hospital in Martinsburg, Virginia. Steven became a victim of veteran medical malpractice.
Read [ “They Set Me on Fire” ]

An army veteran who underwent a necessary surgical procedure on his penis has launched a VA hospital malpractice lawsuit after frostbite, and then gangrene set in necessitating the removal of a five-inch section of the plaintiff's penis. Michael D. Nash of Louisville, Kentucky is seeking $10 million in compensation.
Read [ VA Hospital Malpractice Lawsuit an Icy Proposition ]

Kevin says he doesn’t regret joining the army—even though he has been diagnosed with PTSD and traumatic brain injury (TBI). But he does regret not fighting harder for benefits. “The VA doctors should have done more testing for my TBI—instead I was released from the army for PTSD,” says Kevin, age 33. “I told him that he was full of it—how can PSTD cause short-term memory loss?”
Read [ Another Iraq Veteran with Traumatic Brain Injury ]

Not only does Arthur believe that his VA doctor is guilty of VA medical malpractice after a botched surgery, he also accuses the VA hospital (and the federal government) of discriminating against Korean and Vietnam veterans.
Read [ VA Medical Malpractice: Veteran Cries Discrimination ]

Alleged incidents of VA hospital malpractice dating back to a five-year period beginning in 2003 are finally starting to wind their way through the courts, following congressional hearings and media attention focusing on hospitals operated by the Department of Veteran's Affairs in Murfreesboro, Augusta and Miami.
Read [ VA Hospital Malpractice: Four Lawsuits Seeking $9 Million ]

When John, a Gulf War veteran, came home from Iraq, he was suffering from panic attacks and wound up in the psychiatric ward of a Veteran's Administration hospital. But he still has "massive" panic attacks because he didn't get any help from the VA. "Sometimes it takes the slightest trigger and PTSD is hard to keep under control if you aren't given the tools," Jason says. "I keep going to meetings at the VA to learn how to deal with it and recognize the signs, but they don't know how to treat veterans' PTSD." John is more than frustrated with his treatment and VA medical malpractice.
Read [ VA Medical Malpractice and PTSD ]
Page: 1  2     Next»