Alleged incidents of VA hospital malpractice dating back to a five-year period beginning in 2003 are finally starting to wind their way through the courts, following congressional hearings and media attention focusing on hospitals operated by the Department of Veteran's Affairs in Murfreesboro, Augusta and Miami. 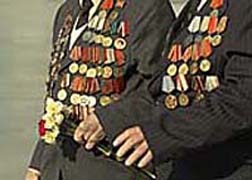 The Tennessean reported February 26 that John Renegar, at 62 a veteran of the Vietnam War and a resident of Smyrna, filed a complaint in US District Court for the Middle District of Tennessee earlier last month. Three other patients have also filed lawsuits, alleging veteran's medical malpractice, negligence and other claims stemming from colonoscopies performed at the hospitals in question.

The plaintiffs in Tennessee and two other states claim that errors stemming from incorrect rigging or cleaning of endoscopic equipment provided a pathway for the transference of waste and bodily fluids from other patients to the plaintiffs.

Renegar, who underwent a colonoscopy at Murfreesboro, tested positive for hepatitis in 2009. According to The Tennessean, the situation has had an impact on the relationship between him and his wife. Described as affectionate before the positive test, now the couple is reported to barely kiss, as a precaution.

Renegar filed a $1.7 million veteran medical malpractice lawsuit, alleging that his infection brought on depression, beyond the physical ramifications of feeling tired all the time. "It gets to the point I can't do any more," he said, in comments to The Tennessean. "I just have to sit down and rest." His infection has affected his job as a maintenance worker at Murfreesboro City Schools.

More MALPRACTICE News
Among the medical negligence lawsuits is an action filed by plaintiff Thomas Anthony Mayo, who is suing for $3 million alleging that a botched colonoscopy led to chronic liver disease. It has affected his marriage, an allegation shared by Thomas Etzle in a separate $3.5 million lawsuit.

And then there is Ben Richard Wilkinson, who claims that the trauma he has experienced simply from the possibility of exposure (he has not tested positive for hepatitis or HIV) has intensified the post-traumatic disorder he already suffers, stemming from his tour of duty in Vietnam.

Following congressional hearings on the VA hospital malpractice issue, new spending was earmarked for patient safety. However, it's been reported that the VA has largely denied any wrongdoing and has refused administrative claims from veterans. Snubbed by the VA, they have no choice but to seek relief through the courts of law.

Posted by
DAVID V. STEWARD
on July 7, 2014
IM a vet lost more body functions , cant be left a lone cant do much any more ,im one of the vets that was left behind been going to the Huntington WVA VA for 37 years not seen a DR till last month im dieing now they want to DR me WTF i like to sue but no lawyer will take my case been looking for years now that the truth is showing how the VA has been doing us vets its time to sue i seen how the VA nursing homes are and ill not go to one . its just a quicker way for the VA to kill more vets like me no one realy cares about us no one at all so i hope some one see this and help me if not i gave it a shot any way


thanks for your time

Posted by
Zorita Koenig
on May 31, 2014
Linsel Witcher is vet , my ex husband lives in VA Nursing Home in LAKE CITY FL.
He is 40 % service connected and is quadriplegic (spinal cord injury) patient. I took care of him home for 9 years he never had pneumonia and never had a bed sore. When his chest gets congested with mucus it's a very dangerous situation for him that can lead to pneumonia/ death, because he cannot caught it up to expectorate the mucus and clear his lungs. The VA does not know how to perform a quad cough to help him to cough it up but Mr Witcher knew the remedy for it was get immediately MUCINEX to tin the mucus. Back in Febr 2014 Linsel Witcher called me to confirm him the need of immediate use of Mucinex coz he was telling me he is short of breath his chest is congested. I confirmed to him indeed he needs immediately Mucinex . He tried to get it prescribed but his doc refused to prescribe him and he could not self administer it coz he cannot use his hands. As a result of it he developed double pneumonia and got in septic shock in the first week of March he was breathless clinically death needed to be revived and transferred from Lake City FL VA Hospital to Gainesville VA hospital. He was there for almost 30 days up and down . He was completely out and in delirium for many weeks was not able to recognize anyone of us. Later on the docs were ready to give up on him and let him die rather then perform a tracheostomy to help him breath . His brother was witness of the doc wrong decision. He got the trachea abd a feeding tube and is on permanent Oxigen cannot be moved out of the bed. His quality of life as a quad was not to high anyhow BUT WITH ALL THE MED NEGLIGENCE HIS QUALITY IF LIFE IS UNDER EVERY POSIBLE IMAGINABLE LEVEL. He called me few days ago being back in the nursing home, thrilling me he woke up at 6 Am and was in pain and distress called for 3 hours the nurse. He could have died there
There are a lot more to it.
Pls contact me ASAP we want to file a FTCA claim ASAP
MY BEST REGARDS
ZORITA KOENIG

Click to learn more about LawyersandSettlements.com
LawyersandSettlements.com - A trusted, independent legal news provider bringing quality news and information on all legal cases and lawsuits filed in United States of America to its readers since 2002. Over 250,000 legal help requests including Malpractice Cases, and Personal Injury Cases have been forwarded to lawyers all across to the country.