More MALPRACTICE News
Whether or not it's a case of VA hospital malpractice, US Congressman Bob Filner says that the lack of applesauce available for veterans at the John Cochran VA Medical Center in Missouri is an indication of the overall problems at the facility, KMOX.com reports. 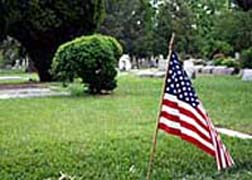 "They need to get adequate supplies of applesauce, which is needed for patients who cannot swallow and need to take their medicine," Filner explained. "It took them two-and-a-half years to get applesauce to serve the patients, and you can multiply that hundreds of times."

After having some discussions with nurses and other employees at the VA hospital, Filner said he discovered that some staff members who had brought in their own applesauce for the veterans were punished if they were caught, according to the news provider.

On his last day as chairman of the House Veterans Affairs Committee, Filner recently toured the medical center with fellow Democrat Russ Carnahan of St. Louis. The two Congressmen said that they expect to receive a comprehensive report on the problems plaguing the medical center by springtime.

According to its Web site, the John Cochran Division of the St. Louis VA Medical Center is located in close proximity to St. Louis University and Washington University, its affiliated medical schools.

Posted by
F Rinker
on June 15, 2012
I can empathize with the comments made here. Because I have done my best to advocate for myself, there has been retaliations against me on more than one occasion. I used to receive pretty decent mental health services back in the 1990's; but after my one Psychologist left, the new one I received started doing things that were detrimental to my well-being. Over the years, I have tried going to a private doctor; but money was short and I needed to return to the VA healthcare system. What I found out after staying at one of the VA Domicilarys in Ohio is that some staff members treat some patients better than others, especially those with mental health conditions. On top of all of this, I found out from another veteran that he had had sex with our Case Manager, who is a nurse. One of the staff, who also was a veteran, had been in jail several years for rape. Do you know how that all can impact a persons' feelings of safety, etc.?

I have found out that many of the Psychologists tell the patients who speak up for themselves that they are acting like a "willful child". Why would you tell an outpatient veteran something like that?

Then I found out from the veteran mentioned above that a male nurse friend of his was giving him and his stepfather information that was incorrect from my psychiatric records. Also found out that this same veteran made up a story about my brother, whom he never met (only saw a picture of him) and this same brother lives out-of-state and has never visited our VA hospital here in Ohio. This veteran made up some type of lie that it was one of three white guys who visited him and he claimed one of them was my brother. The nurse who had sex with him, helped cover the situation up and then the stepfather brags about what the nurse did for his stepson. Recently I found out that this same veteran who has been trying to hurt me socially was in the office of a doctor plus this male nurse mentioned above and the one veteran called me at home while they were discussing me.

I didn't want to believe this was happening; but my family had me tape record the phone conversations without this other veteran being aware of the tape recording so this way they would know what was going on.

To me, it seems like if a veteran is a good person, some of the staff are allowed to mistreat them very badly if they want to. I've known of one Vietnam Veteran, who had two degrees and worked in the Post Office, who had to get his family involved after a claim that one of his nurses put the wrong eye drops in his eyes, his doctor tried to claim he had Schizophrenia. The nurse who was taking care of this man, did admit to some of us around us that she had put the wrong drops in his eyes; but none of us were allowed to say anything because staff were covering it up.

There are cliques within the VA healthcare setting. One of the veterans I referred to above in this writing had been in the CWT program, He bragged about having the Master key to all doors within the hospital we were at. Sometimes the man would sneak a girl or two into an unoccupied room to have sex with them. The girls would laugh and joke about it.

It is sad when a person goes into a hospital to get housing or even for mental health treatment, that more control over the staff is not exercised. I can see why so many of our veterans are being ignored, especially if other things are allowed to take place behind doors, etc.

Also noticed that the VARC program can work for some of the veterans; but I was told by a retired VA employee and veteran that half of the kitchen help had some form of addictions or were the "closet type of addict or alcoholic". Hmmm, what about us veterans who do not have those type of issues; but are battling other issues in our lives??? Why can't we just simply ask to be transferred to a different VA facility and be separated from those who have chemical addictions until we, ourselves are strong enough to deal with the mental/emotional abuses from the alcoholic or drug addicts that are housed at the VA wards?

Don't get me wrong. There are many excellent people within the VA healthcare system' but when a veteran is being mistreated, that in itself brings the person down by battering their already weak, self-esteem.

Thank you for allowing me to vent. Maybe nothing can be done about things in the VA healthcare system; but if staff members are allowed to go thru veterans' health records and give it to other veterans and their families because they have an issue with that veteran, then there is something seriously wrong with our system. If they give out my information, they will give out others' information.

Posted by
Richard Wickberg
on February 10, 2012
We older Vets with a Service Connected Mental Illness are treated like children, banned from inpatient care because you don't like your shrink & visa Versa. I was "red lined" by the Spokane VA (having to sign in upon entry to the hosp). ALL the VA's communications by the VA have been relayed to me by a second or third party. Not even an official letter! My error is that I'm hard of hearing with severe tinnitus. Evidently the Spokane medical personnel are not trained in disease symptom entimology.

It seems the Spokane doctors and administration can intimidate, harass and diminish our already low self esteem.

Posted by
daniel Newman
on March 6, 2011
when are the vets going to stand up and say enough is enough. i'am a disable vet myself and if all vets would stand together and quit fighting among themselve we would get what we are entiltle to get.