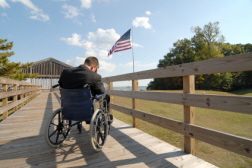 The Debt Reduction Task Force, which is co-chaired by former Republican Senator Pete Domenici and economist Alice Rivlin, is taking aim at the military community through a proposal that could also increase social security payroll taxes and create a five-year freeze on defense spending.

In addition, military members who have not served more than 15 years could potentially come under a new, cheaper retirement plan, according to the news provider.

The second debt panel began its work at the Bipartisan Policy Center in Washington D.C. in January, and its latest report warns that an approaching wave of debt could ultimately destroy American prosperity, according to the news source.

Some critics of the proposed plan have argued that it is too complex and would make retirement value confusing to military members.