Is Donning and Doffing the Sleeper Unpaid Wages Issue of Our Times?

While it may not have the high profile of other employment issues, the whole debate over egress-regress and how it relates to the potential for off-the-clock work could very well materialize into one of the most important legal debates surrounding employment of our time. 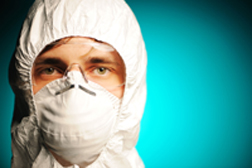 To wit, if an employer requires that certain uniforms and/or safety gear be worn as an integral part of the job - or further, if safety regulations require the constant donning and doffing of gear before work can be performed, should an employee be paid for time spent getting into and getting out of required clothing and safety gear?

In other words, at what point should the clock start running?

This debate is raging both in and outside the courts. To that end, the US Supreme Court is poised to issue an opinion on an Unpaid Wages lawsuit that was initially lost for the plaintiffs thanks to a decision by the US 7th Circuit Court of Appeals and the Court’s interpretation of the Fair Labor Standards Act (FLSA) pertaining to the donning and doffing of protective clothing by unionized workers at a steel plant.

As outlined in the Wisconsin Employment Law Letter (5/13), the US Supreme Court will, in accepting review of the 7th Circuit’s decision, clarify the definition and meaning of “changing clothes” under the FLSA.

While the assertions of the plaintiffs in the steel plant case pertaining to their unpaid wages claim surrounding the donning and doffing of clothing were rejected by the 7th Circuit, other off-the-clock work cases have gone to the plaintiffs.

Case in point is a recent unpaid wages lawsuit brought against the operators of JBS Packerland in Plainwell, Michigan. According to PRWeb Newswire (7/8/13), the employer required employees tasked with certain activities in the meat processing plant to wear protective clothing and safety gear to avoid injury. According to court records, the employer required the employees to don and doff the gear at the start and end of each daily tour of duty.

But the affected employees were also required to remove the gear and clothing before commencing their lunch break, only to have to get into it all again for the start of the second half of their daily tour. According to the unpaid wages claim, the process of donning and doffing the gear could take upwards of 10 minutes each time, combining to 40 minutes per day of required activity workers were not being paid to do.

According to the report, seven plaintiffs in the class-action lawsuit (Case 1:11-cv-00302-PLM) were successful, whereas additional plaintiffs continue to await their day in US District Court in Kalamazoo.

Meanwhile, a similar unpaid wages lawsuit brought by current and retired police officers affiliated with the Teaneck Patrolmen’s Benevolent Association Local 215 ended with a ruling in favor of the defendant. The central issue of a complaint filed in 2009 was unpaid wages for reporting to two daily roll calls together with the daily donning and doffing of uniforms. Aforementioned activities were performed off the clock, and the officers felt they should be duly paid as muster time (roll calls) and the wearing of uniforms is required by the Force.

More UNPAID WAGES News
In a decision handed down late last year, US District Judge Katherine S. Hayden decided the employer did not violate FLSA provisions by not compensating the officers for the extra hours.

According to The Record (Bergen County, New Jersey 1/29/13), the officers decided to appeal the off-the-clock work ruling to the US Court of Appeals for the 3rd Circuit, Philadelphia.

Meanwhile, all eyes will be on the US Supreme Court and its interpretation of the issue within FLSA guidelines. For pundits, the fundamental issue remains thus: if an employee is required, either by his employer or by regulation (or both), to wear specific clothing and/or protective gear before commencing work, is such a requirement a part of the job description and should the employee be duly paid given the requirement?

The unpaid wages claim surrounding donning and doffing could very well be one of the great sleeper employment issues of our time.