SpaceX Flying High, and the Unpaid Wages Lawsuits Are Too

The folks at SpaceX may be flying high these days, with emotions in kind, following the successful launch and return to earth earlier this week of the reusable Falcon-9 spacecraft. However, in deference to the good vibes of a successful return, is the launching of yet another Unpaid Wages lawsuit against Space Exploration Technologies Corp (SpaceX). 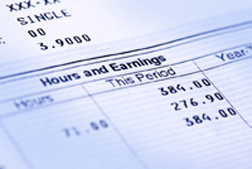 According to a report from United Press International (UPI 10/22/15), a former structures technician once employed by SpaceX has taken his former employer to court over failure to pay overtime wages, failure to provide adequate breaks as required by law, and the requirement that employees trim their hours on time cards, or so it is alleged.

Plaintiff Stan Saporito alleges in his unpaid wages claim that between June 2013 and February 2015 he was asked on a regular basis to put in additional hours at his job over and above the standard 40-hour workweek without additional compensation as required by law.

Not only does Saporito accuse SpaceX of failure to provide required meal breaks and rest periods under California law, he asserts that the defendant actually requested this of their hourly employees - and also asked employees to reduce the number of hours actually worked, resulting in an underreporting of hours on time cards.

In sum, the defendant is accused of forcing employees into a situation of off-the-clock work.

“SpaceX required [Saporito] and [other hourly employees] to work off the clock without paying them for all the time they were under SpaceX’s control performing post-shift duties, specifically by failing to provide enough labor hours to accomplish all the job tasks that SpaceX expected [them] to complete,” the lawsuit states “[Employees] were required to clock out of SpaceX’s timekeeping system in order to perform additional work for SpaceX as required to meet SpaceX’s job requirements.

“SpaceX knowingly caused a violation of the California Labor Code by directing its employees to alter the time records, or ‘shave’ the time worked by [hourly employees] in order to avoid paying these employees for all their time worked, including overtime worked and missed meal breaks,” the suit continues. “[Employees] were also from time to time unable to take 30 minute off-duty meal breaks and were not fully relieved of duty for their meal periods.”

The California unpaid wages lawsuit is only the latest in a series of lawsuits alleging similar claims. The case is Stan Saporito v. Space Exploration Technologies Corp. et al., Case number BC598297, in the Superior Court of the State of California, County of Los Angeles.