An oft-cited lawsuit in the world of egress/regress and off the clock work is the Amazon action that saw a vast collection of employees working at Amazon’s sprawling sort facilities crying foul over having to line up for bag checks and other forms of security, allegedly on their own time. However, Amazon is not the only alleged offender in this legal arena. 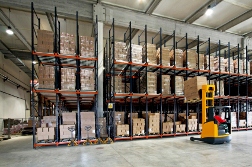 Akin to the Amazon case and others like it, the plaintiffs are warehouse workers who claim that mandatory security checks undertaken by their employer while employees are off the clock and on their own time translates into unpaid wages. It forms the basis of their unpaid wages claim.

The lawsuit mirrors allegations made by a growing number of plaintiffs who complain about activities mandated by their employer, but activities that employers are reluctant to provide wages for, or so it is alleged. Plaintiff’s position tends to be that if the employer requires the work, or task, or process of the employee, then it should be interpreted as part of the workday and compensated accordingly with either straight time, or overtime pay, as the case may be.

In some cases, failure to pay additional wages or overtime for mandated work performed off the clock effectively drops minimum wage earners below the minimum wage threshold. That could have legal implications for the employer, not to mention the accompanying financial hardship for the employee.

The plaintiff in this most recent unpaid wages lawsuit is Kenya Lawson. The plaintiff worked as an order picker for Staples Contract and Commercial Inc. through February of this year, and filed the lawsuit on behalf of non-exempt hourly employees working at all of the defendant’s warehouses in the state of California. Lawson claims that the employer required its employees, on a systematic basis, to clock out prior to taking meal or rest breaks - or leaving at the end of a shift - for mandatory security checks.

Depending upon the depth and breadth of the lineup for security checks, the potential was for employees to spend several minutes at a time waiting to pass through the security check. This could add up to a sizeable period of time over the course of a week. Extrapolated across an entire year, the lost wages could add up.

The California unpaid wages lawsuit, filed by Lawson with the help of an unpaid wages attorney at California Superior Court, holds that because the security checks were mandated by the employer, and that employees were under the direct control of the employer during the checks, wages should be paid to the employees while waiting for and during the undertaking of those checks. Alleged unpaid wages include overtime, and in some cases double-time wages.

Plaintiffs allege that a security wait-and-check could last upwards of 10 minutes in the middle of the day, diminishing the time available for a legally mandated 30-minute meal break. Yet employees feared reprisal for returning late to a shift after having taken their full meal period following a security check. Employees would often cut their breaks short, as a result. Lineups for security checks at the end of a workday could last upwards of 20 minutes, or so it is claimed.

It is alleged that employees were subject to reprimands, or termination from their job, if they made any attempt to avoid the security check. The security process, the suit claims, was “systematic and continuous, and led many employees to forgo required meal and rest breaks simply because it became futile to try to take a break,” according to court records.

More UNPAID WAGES News
There are various precedents, beyond the aforementioned Amazon case. Walgreen Co., in March, agreed to a $23 million settlement with regard to failure to pay overtime for mandatory post-shift bag checks and failure to provide adequate rest breaks.

This past October, Apple Inc. was targeted with a proposed California unpaid wages class-action lawsuit on behalf of specialists and managers employed by Apple Inc., over allegations of off-the-clock work and time spent going through mandated security checks on their own time, or so it is alleged. That case is ongoing.

The Staples case is Kenya Lawson v. Staples Contract and Commercial Inc. and Does 1 through 25, inclusive, Case No. BC542237, in the Superior Court of the State of California, County of Los Angeles.