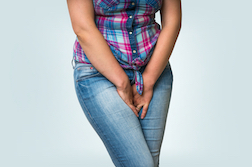 Women have revealed that pain and suffering can – and is – unbearable.

The situation has resulted in serious complications for the US Food and Drug Administration (FDA) in the US, which in recent years has been compelled to admit receiving thousands of adverse event reports over a three-year period ending in December, 2010. The FDA has since increased the risk classification for transvaginal mesh, and some time ago announced that it was requiring all manufacturers of TVM mesh to conduct post-market studies in an effort to determine the safety and efficacy – or lack thereof, as the case may be – of transvaginal and TVT mesh.

The situation has also left the FDA, having at one time approved TVM mesh as safe and effective within acceptable risk parameters, injecting increasing amounts of caution into the conversation without actually banning the devices. To that end, the FDA is of the view that use of transvaginal mesh may not necessarily be the most appropriate response to pelvic organ prolapse (POP) when compared with more traditional procedures involving more invasive surgery.

Various plaintiffs in transvaginal mesh lawsuits allege the mesh products bind to, and become entwined with organ tissue to a degree that it can’t be safely removed. There have also been allegations of sharp edges of mesh protruding through the vaginal wall having migrated from the initial insertion position and point of deployment.

More TRANSVAGINAL MESH News
Furthermore there have been allegations of synthetic mesh material breaking down, and causing inflammation to surrounding tissue. To that end a study tabled most recently at the 36th Annual Meeting of the American Urogynecologic Society in Seattle, Washington in October last year and published this past August in the American Journal of Obstetrics & Gynecology (Volume 215, Issue 2) concluded that in women reporting TVT side effects and transvaginal mesh complication, the mesh promoted inflammation that was found to persist for a period of years following implantation.

Not good news for vaginal sling patients and transvaginal mesh recipients from both sides of the border.

Posted by
Paula Williams
on December 4, 2016
I had the mesh input 2006 and after many trips to my GYN because of the discharge and horrible smell and pain with attempting intimacy, a urogynecologist finally determined that the mesh had eroded and broken inside of me with some that is not removable !!! That was remove in 2010. 4 years o misery. I ended up getting a divorce partly due to my mood and unable to perform my wifely intimacy!!! I have had numerous other things happen including a hysterectomy, pop etc. and I am still experiencing leakage and having to wear protective under garments !!!!! I am 56 yrs old and as of 8-2014 I lost my job due to having to be off of work for at least 5 more operations !!!!! After working for this company 34 years. Quite naturally that wasn't the reason given otherwise I would be suing them as well. I have secured a law firm but as of this date, I have 2 outstanding manufactures lawsuits. When will these judges force them to pay us for what we have indured as well as the none quality of life for what we are still going through ???? We the plaintiffs need to be compensated for poor quality !! I cry as I share just my story that I am sure many women can agree with me. I have been waiting for a settlement for 6 years!!!!!!! My death ?????? Judge Goodwin needs to force defendants to settle NOW !!!!!! How can you help??? Please!!!!! my quality of life is almost embarrassed as to the things that I can and can't do! Had I been fully informed of all of the negative, I never would have even considered the original surgery. What a miserable life.