The lone transvaginal mesh lawsuit won by manufacturer Johnson & Johnson in the Philadelphia pelvic mesh mass tort was short-lived, after the judge overseeing the case in the Philadelphia Court of Common Pleas granted the plaintiff’s post-trial motion for a damages hearing. 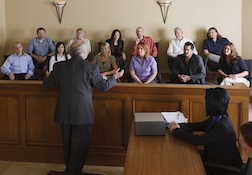 Plaintiff Kimberly Adkins had alleged transvaginal mesh complications. Her transvaginal mesh side effects lawsuit was the fifth to go to trial in the Philadelphia mass tort. The previous four trials had ended with verdicts favoring the plaintiff. However, Adkins’ case went to the defense after a jury in the Philadelphia Court of Common Pleas determined that the pelvic mesh manufactured by Ethicon, a subsidiary of Johnson & Johnson, had not caused the damages claimed in Adkins’ lawsuit.

The defense verdict, issued June 9, was brief. Ten days after the verdict was handed down, Adkins was back with a one-page motion requesting a hearing to consider damages. In her motion, filed June 19 the plaintiff argued the jury’s determination that the product had been defectively designed but not the cause of the plaintiff’s injuries went against the weight of the evidence.

“Even if the jury disbelieved plaintiffs testimony, found the testimony inconsistent or concluded plaintiff was exaggerating her injuries, the jury was not free to reject the undisputed consensus of both sides’ experts and the treating physician that plaintiff suffered some injury from the implantation of mesh,” the motion said.

A month later, on July 19 Judge Michael Erdos sided with the plaintiff and granted her motion for a damages hearing, contending that the jury’s findings were inconsistent on the issue of whether the alleged design defect caused the injuries, agreeing the case should proceed to a damages hearing.

Adkins, in her post-trial motion, noted that an expert for the defense testifying at the original trial had only disputed the possibility that transvaginal mesh complications related to her current, present-day complaints. However, the expert witness admitted that TVM mesh manufactured by Ethicon was likely to have caused the plaintiff’s initial injuries.

More TRANSVAGINAL MESH News
She also took issue with one of the jurors, who was a biopharmaceutical engineer with GlaxoSmithKline. Adkins noted that the juror had made certain comments pertaining to the potentiality of transvaginal mesh complications stemming from pre-existing injuries. The plaintiff also suggested that the outcome of her case could potentially have an economic impact on the juror, given the juror’s employer. The judge however chose not to accept those portions of the plaintiff’s post-trial motion related to the juror.

But not for long.

The case is Kimberly Adkins v. Ethicon Inc. et al., Case No. 130700919, in the Court of Common Pleas of Philadelphia County, Pennsylvania.

Posted by
Jutta Dailey
on September 4, 2017
Here it is 3 years later and I am still waiting on my settlement payout from the AMS trial! This is a never ending nightmare.