Transvaginal Mesh “Like Being Cut with a Cheese Wire”

An exhaustive story in The Guardian (08/31/17) sheds some interesting sidelights into transvaginal mesh side effects, an issue that has proven to mushroom in size and breadth since the advent of transvaginal mesh, or TVM mesh repair for various health issues affecting a wide cross section of women at middle age. The number of plaintiffs having filed a transvaginal mesh lawsuit has mushroomed in kind: The Guardian reports that no fewer than 100,000 lawsuits have been filed in the US alone by women alleging TVM mesh complications. 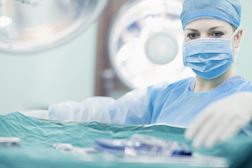 The use of transvaginal mesh for the treatment of Pelvic Organ Prolapse (POP) and Stress Urinary Incontinence (SUI) has grown in recent years. POP and SUI are common conditions affecting middle-aged women who have borne children. Traditionally, supportive slings often fashioned from a patient’s own tissue are stitched into place to shore up sagging organs that put stress on the bladder and uterus. However, the latter is considered invasive surgery with large incisions resulting in heightened blood loss, and requiring longer recovery and healing windows.

In contrast urogynaecological mesh, or TVM mesh is inserted in a compressed format through a small incision via laparoscopy and then deployed at the appropriate site. Blood loss is minimal and healing time is much faster, putting less stress on hospital resources.

The Guardian reports that by 2010, the use of transvaginal mesh accounted for nearly 25 percent of prolapse interventions in some countries. “Because outcomes of using the mesh for incontinence and hernia were so good people were enthusiastic and confident it would also be good for prolapse,” said Christopher Maher, a urogynaecologist and associate professor at the University of Queensland, in comments published in The Guardian. “That’s what the mindset was when it was introduced for prolapse around 2002.”

However, transvaginal mesh side effects have become a problem for scores of women.
What’s more, The Guardian reports that while high efficacy and low complication rates have been observed for TVT mesh employed for treatment of SUI, the same can’t be said for POP: “There is a growing body of evidence that efficacy is lower and complication rates are higher for pelvic organ prolapse,” The Guardian wrote, without breaking out just what that evidence is.

However, The Guardian reports the National Health Service (NHS) in the UK has data that reflects one, in 15 women undergoes revision surgery to have a problematic mesh removed, if it is even possible.

The Guardian also reports that a consumer survey undertaken by the Health Issues Center, a consumer advocacy organization, found that of 2,220 women who had undergone pelvic mesh implants to treat stress urinary incontinence and pelvic organ prolapse, 59 percent said the procedure did not resolve their original issue, and 58 percent said they experienced pain during intercourse.

One of the most compelling, first-person accounts of transvaginal mesh complication was published earlier this year by The Guardian (04/27/17), when Kath Sansom in an Op / Ed piece shared that she had set up the support page Sling the Mesh on Facebook in June, 2015 about ten weeks after she had transvaginal mesh implanted to treat SUI stemming from having children.

More TRANSVAGINAL MESH News
“The pain in my legs and feet was so intense, along with burning pains in my vagina – like being cut with a cheese wire – that I knew something was terribly wrong.” She noted the government regulator in the UK, the Medicines and Healthcare Products Regulatory Agency, was still saying as of March of this year that the benefits of transvaginal mesh outweighed the risks.

Sansom believes women are still hurting. “[In April], after I appeared on the Victoria Derbyshire show on the BBC to discuss the issue, 200 women joined Sling the Mesh within 24 hours.”