What Impact Do Topamax Birth Defects Have on Adolescents?

The medication known as Topamax topiramate is a drug that carries several uses: management and mitigation of epileptic seizures, or the easing of symptoms associated with migraine headaches. Given topiramate’s capacity to promote weight loss, it’s now marketed in combination with phentermine as Qsymia and has been available for about a year in that formulation. 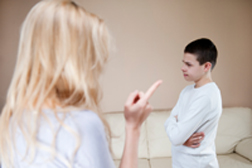 However, the tragedy of Topamax side effects really comes into play with regard to Topamax and pregnancy. The US Food and Drug Administration (FDA) has long since tagged topiramate as a potential threat to a developing fetus and has cautioned doctors to seriously consider the ramifications of prescribing Topamax for any reason to women of child-bearing age.

That’s a tough call, for several reasons. First, not only are women predominantly in the workforce, their responsibilities on the job are increasing. The incidence of women assuming upper management and even ownership roles in major corporations continues to escalate, while responsibilities to home and hearth coupled with the 24/7 environment fostered by constant communication through social networking provides a continuing backdrop of stress, and being forever “on.” Increased weight can be viewed as a detriment to a career, and migraine headaches can severely impede productivity.

But Topamax birth defects can get in the way of a normal childhood for an infant. The FDA has identified Topamax Cleft Lip and Topamax Cleft Palate as distinct possibilities - and while such Topamax side effects in children can often be corrected through surgery, serious defects can leave permanent facial scarring. What’s more, not all families have the financial wherewithal to undertake such a correction.

Thus, while Topamax may be beneficial to the woman in a number of important ways, a Topamax pregnancy can leave a child severely impacted. And at no greater time in a child’s life is vulnerability a factor than in adolescence.

According to CHealth from canoe.ca, suicide is the second leading cause of death amongst adolescents and young adults next to motor vehicle accidents. The suicide rate amongst persons aged 15 to 19 years is roughly one in 10,000 annually. Among youth aged 12 to 16, up to 10 percent of males and 20 percent of females have contemplated taking their own lives.

This, due to the turbulent nature of the adolescent years - and there remains a myriad of issues a teen can face, for which clarity is elusive at best. Specifically, peer relationships and personal appearance are important issues to most teens, to the point of distraction.

The aftereffects of a Topamax Cleft Lip or Topamax Cleft Palate could only add to the angst a teen can feel about his self-image.

Many a Topamax lawsuit has sought justice with regard to a drug that has been seen as harmful, with plaintiffs alleging they were not aware of the potential topiramate side effects that have fostered heartbreak and regret for some. While the FDA continues to view Topamax as appropriate for the market (with accompanying warnings) so long as the benefits outweigh the risks for the intended patient community, the issue of Topamax side effects in children remains a tragic byproduct.

More TOPAMAX News
For a woman in the active stages of pregnancy, taking Topamax for a migraine or to combat weight gain could be a short-term personal solution that could have long-term and life-long effects for another human being yet to be born.

What are the thoughts experienced by an adolescent having to contend with the after effects of Topamax birth defects? Adolescence is an extremely tough road in the seemingly endless journey to adulthood. Facial deformities or the lasting results of other topiramate side effects can only add to the already heightened challenges an adolescent will face.

Any mother who was not made aware of the potential for such defects, and might have preferred to fight weight gain or migraines without needlessly risking the heath of a child, might well consider a Topamax lawsuit.