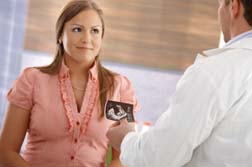 According to the FDA's background documents (found online at www.fda.gov), a Risk Evaluation and Mitigation Strategy (REMS) regarding cleft lip and/or cleft palate when infants were exposed to Topamax (known generically as topiramate) prior to birth was approved in March 2011. Labeling of the medication includes a warning that infants exposed in utero to Topamax have an increased risk of cleft lip and/or cleft palate, known together as oral cleft.

The FDA issued its warning about oral clefts after reports from the North American Antiepileptic Drug Pregnancy Registry suggested that infants exposed to Topamax while in the womb had a higher risk of being born with oral cleft. Although oral clefts can be fixed with surgery, infants born with a cleft lip or cleft palate could potentially face numerous surgeries as they grow. They may also require the help of multiple therapists and rehabilitation specialists to help them cope.

In addition to a possible link between oral clefts, Topamax has been linked to serious side effects when used on children and adolescents. According to a report by the Department of Health and Human Services, Public Health Service, Food and Drug Administration (found online at www.fda.gov), from April 2010 through March 2011, topiramate was the fifth most frequently dispensed medication for seizure disorders to patients aged 0 to 16 years. Approximately 32 million prescriptions were dispensed for four million patients overall; of those, approximately 315,000 patients were aged 16 or younger.

In April 2009, a REMS strategy informing patients of the risks of suicidal thoughts and behavior in patients was approved. Some pediatric trials suggested a link between the use of topiramate and a risk of growth retardation and metabolic acidosis in pediatric patients. These side effects were reportedly not seen in older patients.

The FDA's Adverse Events reporting system shows 546 reports in the US of adverse events involving pediatric patients. Of those, 245 were considered serious and 30 resulted in death. Causes of death linked to the use of Topamax included hemorrhage, hepatic or renal toxicity, hyperthermia and suicide. In some cases, the deaths involved the use of other medications.