Like many healthy men in their 30s and 40s taking testosterone therapy, Jerry (and his doctor) can’t comprehend why he suffered a stroke. “I’m 47 years old with iron health. No one has been able to determine why this happened,” says Jerry. “The last possible suspect would have to be the testosterone injections I have been taking to treat hypogonadism.” 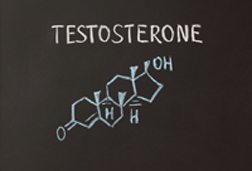 Jerry says that he has never had any cardiovascular issues and there is no history of stroke or heart attack in his family. “Even my blood pressure is normal, and my doctor also can’t understand why it had not elevated to dangerous levels,” he adds. For the past five years Jerry has been getting testosterone injections twice a month to help treat his condition - testosterone replacement therapy (TRT) is typically prescribed to men who don’t have enough sex hormones in the body due to a problem in the gonads. “I don’t want to stop taking TRT because I’m afraid that I’ll suffer sexual dysfunction and libido problems, but if I keep taking it, I might wind up dead.”

Patrick, Deidre’s husband, and Jerry have a few things in common. He is just a few years older than Jerry; he took testosterone shots for about five years, was in top shape (he ran marathons) and he suffered a stroke. He continued with TRT up until last year, when he suffered another stroke. Unlike Jerry, Patrick’s second stroke left him paralyzed on one side and he is unable to speak. “Pat was getting depo-testosterone injections at the Veteran’s Clinic twice a month after the VA doctor told him that his testosterone level was low,” says Deirdre. “After Pat had the stroke, we found out from his neurologist that you don’t give testosterone to someone with a bad heart. I firmly believe that Pat would be healthy today if he stopped taking the injections after his first stroke. This drug has ruined both our lives because I am now his full-time caregiver. I’m certainly not looking forward to our ‘golden years.’”

More TESTOSTERONE TREATMENT News
Deirdre has filed a testosterone claim and she is also thinking about filing a medical malpractice claim against the Veterans’ Clinic and the VA doctor. “I’m astonished that Pat’s doctor didn’t know about testosterone side effects,” says Deirdre. “He was never given any medication labels because the doctor gave him injections, and even if we did have a warning label, I doubt that Pat would have read it because he trusted the doctor.”

Unlike Jerry, Patrick doesn’t have hypogonadism. Unfortunately - and like thousands of men - Patrick just wanted to boost his sex drive. Some men take TRT to combat fatigue or to lose the “spare tire” around the waistline. According to the FDA Drug Safety Communication (January 31, 2014), however, all testosterone replacement therapies, including Depo-testosterone and AndroGel, are only approved for use in patients diagnosed with hypogonadism.

The FDA’s Drug Safety and Risk Management Advisory Committee is scheduled to discuss testosterone therapy issues on September 17, 2014. According to Time magazine (July 31, 2014), the market for low-testosterone, or Low-T, therapy is projected to reach $5 billion by 2017.

Posted by
Sam
on September 7, 2014
Did they ever have Estradiol levels checked? Looks like a case of a poor treatment protocol.

Biweekly injections are known to be a poor treatment protocol that gives a huge estradiol spike, Uncontrolled estradiol is the true culprit in these cases.

Check out this article on why topicals are potentially causing problems because blood tests aren't catching true levels in the body.