Alonzo stopped taking testosterone therapy when he read about so many testosterone side effects, one of which he was already experiencing. “My doctor said these testosterone symptoms are temporary and will go away shortly after I stop taking it, but I’m not holding my breath,” says Alonzo. 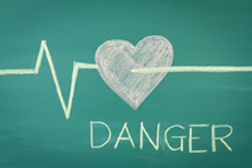 “I only took the testosterone med for about six months for low-T count and quit taking it over a year ago. My issues are sexual in nature - I took testosterone because I was having trouble “performing.” This T-Gen pill promised to replenish testosterone and increase libido, but it did the contrary: I had no libido and premature ejaculation problems.

“It seemed to increase my sexuality for a while and I noticed that my testicles had enlarged. So I had better performance for at least a few months, but that was short lived. Then again, I am 59 years old so that could also be a factor…”

Alonzo isn’t sure he has a case because he purchased the medication online - he never saw a doctor or a pharmacist. However, Alonzo saw the family doctor after the fact, when the testosterone “issues” began, and his doctor chastised him for obtaining a drug online.

“Unfortunately, I don’t have a record of my purchases and I don’t even know if this brand is included in the lawsuits,” says Alonzo. “Before I speak to a testosterone attorney I’ll contact the online company and ask them to send me any documentation to prove I took their med for six months.”

Even if Alonzo did have the prescription information and medical documentation from his physician, currently attorneys are only accepting and investigating men and the family members of men who have suffered from a testosterone stroke or testosterone heart attack.

A number of testosterone drugs have been included as of June 2, 2014 in 49 testosterone lawsuits in the Multidistrict Litigation (MDL) in U.S. District Court, Northern District of Illinois. Plaintiffs in the suit claim testosterone drugs, including AndroGel, AndroDerm, Axiron, Foresta, Testim and others caused serious - and sometimes fatal - cardiovascular events. (In re: Testosterone Replacement Therapy Product Liability Litigation - MDL No. 2545.)

More TESTOSTERONE TREATMENT News
There are dozens of other cases pending in federal courts across the nation that may eventually be transferred to this MDL as well, according to testosterone attorneys at the law firm of Baron and Budd. They predict the number of lawsuits associated with testosterone therapy side effects could eventually be in the thousands.

On June 6, 2014, a panel of judges decided to consolidate AndroGel cases. Abbott and AbbVie (connected to Abbott), the manufacturer of the most popular testosterone medication AndroGel, are both based in Chicago, where several AndroGel suits are pending before U.S. District Judge Matthew Kennelly. The panel decided that all lawsuits against makers of testosterone replacement pills, including Axiron, which is made by Eli Lilly & Co., will be consolidated. There are currently 14 brands of testosterone drugs on the market manufactured by various pharmaceutical companies.

The market for testosterone replacement drugs is worth $1.6 billion annually.