One woman says it's great. The next says to stay away from it. Both were given Terbutaline Sulfate to stem premature labor and contractions of the uterus. And so goes the controversy over a drug that was originally approved by the US Food and Drug Administration (FDA) for the treatment of asthma, but not necessarily for use in women experiencing or pre-disposed to premature labor. However, Terbutaline during pregnancy has been prevalent on an off-label basis. 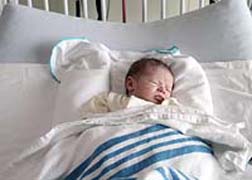 Dr. Randy A. Fink, a board certified OB/GYN, said in comments posted on pregnancytoday.com that Terbutaline found favor with doctors dealing with premature labor after a similar drug called ritodrine (and approved as a labor-inhibiting agent by the FDA in 1980) was suddenly no longer available.

"When the uterus is contracting, such as during preterm labor, we would like to have a way to stop this activity—to relax the uterine muscles and stop the contractions," Dr. Fink said.

The concern about using Terbutaline for preterm labor, according to Dr. Fink, is that the drug crosses the placenta, which makes it available to access the infant's circulation in the womb. Some studies have shown that Terbutaline may be associated with increased risk of brain hemorrhaging in the premature infant—although, Dr. Fink said, "There are problems with the way these studies were conducted and no large, well-controlled prospective trials have been undertaken."

The FDA, in 1997, warned about the use of Terbutaline in association with pump administration, saying: "In the absence of data establishing the effectiveness and safety of the drug/device, FDA is alerting practitioners, home health care agencies, insurance carriers and others that continuous subcutaneous administration of Terbutaline sulfate has not been demonstrated to be effective and is potentially dangerous."

And yet Dr. John Elliott, a perinatologist, was identified on pregnancytoday.com as using Terbutaline for patients quite regularly for patients who warrant its intervention. He disagrees with the FDA conclusions.

So what of the patients themselves? Experiences appear evenly split.

Jessica posted on July 8, 2010, that "I was on Terbutaline with my son, who is now 15, from 28 weeks on. At 28 weeks I was dilated to 3 1/2. With the Terbutaline I was able to stay pregnant until 36 weeks. He was born healthy and was able to go home the next day. No hospital stay, and no surgeries. He has not shown any negative affects from the terb [sic]"

But then another woman had this to say, this past February…

More TERBUTALINE SULFATE News
"I took Terbutaline in 1985 from 28th week until 36th week of pregnancy. I would not do it again. I did go full term with my son. He has significant language delays and learning disabilities despite a normal birth and my healthy eating throughout pregnancy. I have always suspected Terbutaline as the culprit. My first son was born a[t] 31 weeks and though preemie, is bright with no such problems. If I were to do it again, I would take my chances with an early birth or take something else."

A contributor identified as Dr. Jen posted in January on pregnancytoday.com and had this to say: "I am an OB/GYN and also board certified. There are numerous studies looking at Terbutaline from the 1990's and they all found it to be completely ineffective at delaying/preventing preterm labor. The controversy does not stem from the FDA. There is no controversy. Multiple studies show Terbutaline is no more effective than placebo."