It has been almost a year since the US Food and Drug Administration (FDA) issued a warning about Terbutaline side effects. It has been more than 10 years since the FDA issued an initial warning about the use of Terbutaline during pregnancy, following reports of death in women who used Terbutaline sulfate while pregnant. Since that time, however, terbutaline was still used to treat preterm labor, putting women's lives at risk. 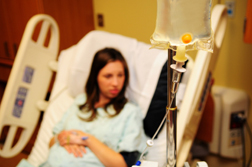 On February 17, 2011, the FDA issued a warning that injectable terbutaline should not be used in pregnant women for more than 48 to 72 hours to prevent preterm labor. The agency warned at the time that pregnant women faced a risk of serious heart problems, possibly resulting in death, and noted that a boxed warning would be added to the injection label.

"In addition," the FDA noted, "oral terbutaline should not be used for prevention or any treatment of preterm labor because it has not been shown to be effective and has similar safety concerns." The FDA further noted that in urgent situations in the hospital, doctors could use their judgment in administering terbutaline, the drug should not be used in an outpatient or home setting.

In November 1997, the FDA issued a Dear Colleague letter, warning about the long-term use of subcutaneous administration of terbutaline. Since that time, however, the FDA received an additional 12 reports of serious cardiovascular events associated with the use of terbutaline during pregnancy.

More TERBUTALINE SULFATE News
In addition to the potential for life-threatening side effects, terbutaline has been shown in some studies to be ineffective in preventing preterm labor. Furthermore, the American College of Obstetricians and Gynecologists (2003; online at www.guideline.com/content), found, "there are no clear 'first-line' tocolytic drugs to manage preterm labor" and "neither maintenance treatment with tocolytic drugs nor repeated acute tocolysis improve perinatal outcomes; neither should be undertaken as a general practice." In other words, babies who are exposed to tocolytic drugs—including terbutaline—to prevent preterm labor do not receive benefits from the use of terbutaline. Tocolytic drugs include terbutaline.

Despite the FDA warning physicians in the past that the long-term use of terbutaline for preterm labor was both not effective and potentially dangerous, the agency noted that such use of terbutaline still occurs, "with serious and sometimes fatal consequences."

Posted by
Vivian G
on June 30, 2021
In 1993 I was given oral Breathine/Turbutaline for about 70 days in my 3rd trimester for premature labor. My son has had a number of emotional problems including anxiety and depression diagnosed as early as 9 years old. He has been diagnosed with ADHD as well. His emotional issues, I believe, had such an early onset that I have always felt that the medication did damage. Only recently, however, did I learn about the research pointing to the same conclusion.
Posted by
Lisa sylivia
on March 25, 2017
Hello I have a son who is 17 I was put on terbutaline most of my pregnancy and my son has been diagnosed with adhd and has learning disabilities bowel movement issues and severe outburst. I strongly feel this meds have caused his problen. He's been hospitalized for some of his issues. He's been put threw he'll with this it affects him everyday.
Posted by
Courtney S.
on September 18, 2012
I am 23 weeks and was in Labor & Delivery for contractions caused by UTI. I was given Breathine, 2 doses injected in my arm. I was curious how they can give me those if the fda does not approve usage in preventing uterine contractions?