The US Supreme Court will hear an ERISA lawsuit alleging a company provided imprudent investments for an ERISA plan. The case was taken to the Supreme Court after lower courts found that employees at Edison International could not file suit because the statute of limitations on the employee benefits claim had run out. 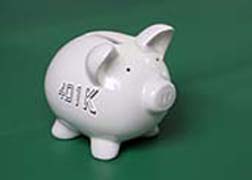 According to CFO (10/2/14), the Supreme Court has agreed to hear the case, which involves claims concerning the 401(k) plan of Edison International employees. Employees allege their plan was invested in a class of shares that had higher fees than an identical class with lower fees.

Lower courts had dismissed the lawsuit because the Employee Retirement Income Security Act (ERISA) requires suits be brought within six years of the last violation. The shares were brought in 1999 but the lawsuit was not filed until 2007. Defendants argued that the statute of limitations on bringing the suit was well over by the time it was filed.

Plaintiffs, however, argue that simply buying the class was not the last violation. They argue that as long as the plan holds the investment, the fiduciary is liable for damages to the plan from that investment.

The plaintiffs have the support of the US Solicitor General, Donald B. Verrilli, Jr., who wrote an amicus brief in favor of the Edison employees.

“ERISA imposes a continuing duty of prudence on plan fiduciaries, and respondents breached that duty throughout the limitations period by continuing to offer higher-cost investment options when lower-cost options were available,” the Solicitor General writes.

More EMPLOYEE STOCK OPTION News
“Petitioners’ claim that respondents breached their duty of prudence is not untimely simply because respondents first offered the funds more than six years before this suit was filed. Plan participants may bring suit for any breaches of fiduciary duty within that six-year period - regardless of whether they challenged the first breach of that type.” The Solicitor General also notes that new fiduciaries to a plan have a responsibility to cure prior failures of co-fiduciaries.

According to court documents, the plan has 20,000 participants and approximately $3.8 billion in assets. In addition to claims that plan fiduciaries breached their duties by offering investments with higher fees, plaintiffs allege duties were breached because fiduciaries engaged in revenue sharing with the record-keepers, transferring the fees associated with running the plan to plan participants.