Lawsuit claims Delphi and GM in violation of ERISA

Former employees of Delphi Corporation and General Motors Corporation have filed a lawsuit against the federal Pension Benefit Guaranty Corporation stating the termination of their ERISA plan was a federal violation. 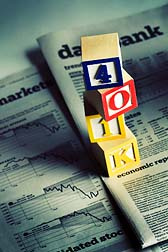 The suit, filed on September 14 in Detroit, Michigan, takes issue with the termination of employee pension plans at Delphi and its reassignment to the PBGC, Buffalo's Business First reports. The plaintiffs contend the move will cut the value of their ERISA pension.

Den Black, a former chief engineer at Delphi, told Business First the lawsuit states the termination of the employee's plan was "a violation of the federal statute known as ERISA, and the U.S. Constitution's due process clause."

According to the suit, salaried retirees of Delphi will lose 30 to 70 percent of their current pension benefits through the move.

The 15,000 salaried retirees and dependents involved in the suit are being represented as a whole by the Delphi Salaried Retirees Association. Delphi was created in 1999 when General Motors spun off its parts unit into an independent company.