Illegal Deductions in Violation of ERISA

The US Department of Labor has sued the owners of Mid-States Express, a bankrupt trucking company, for illegally deducting money from employee paychecks for medical coverage without actually paying its employees' medical bills. Bruce Hartmann, an officer and owner of the company, did not tell his employees that they were not receiving any health coverage. 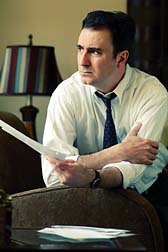 "As a result, despite the fact that $1.26 million in employee health plan contributions were withheld, $3 million in employee medical claims were not paid, in violation of the Employee Retirement Income Security Act (ERISA)," stated the Labor Department.

The lawsuit seeks to recover all losses, with interest, incurred by the employees who thought they were covered. It also seeks to permanently bar the trucking company's owners from entering into any health plan governed by ERISA.

More EMPLOYEE STOCK OPTION News
A relative of the Hartmanns said that the bad economy, failing banks and increased pension payments hit the company hard. He also said the company was deluged with numerous health insurance claims at once, but was working to pay them.

Meanwhile, a different lawsuit filed by the US Department of Labor alleges that Raymond Woronowicz, former president of the Business Alliance Inc., failed to put employee contributions into the company's employee benefit plan. According to the lawsuit, elective contributions from employee participants were deducted from paychecks between September 2004 and January 2006 but were not deposited into the plan.

The lawsuit seeks to remove the defendant as a fiduciary and further seeks approximately $26,000 in plan assets.