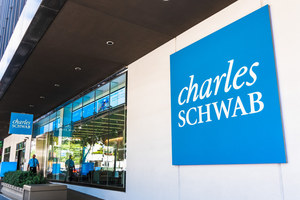 A petition for rehearing in Dorman v. Charles Schwab Corp. is now pending. The AARP has filed an amicus brief on behalf of the plan participants that tackles the larger question of whether enforcement of a law that protects the financial security of American workers should be a public right or a purely private endeavor.


Michael Dorman sued Charles Schwab Corp., the sponsor of the Plan, in 2017. He claimed that Schwab breached its fiduciary duties under ERISA by adding poorly performing in-house investment funds to its investment options, thus enriching itself at the expense of employees trying to save for retirement. The Plan included a clause that required disputes to be settled by binding arbitration. Participants were also required to waive any rights to enter a class or collective action. Arbitration was to be conducted on an individual basis only.

The District Court for the Northern District of California denied Schwab's motion to compel individual arbitration, relying on a series of judicial precedents that dates back to 1984. Chief among these was Amaro v. Continental Can Co..

The Ninth Circuit reversed the District Court decision, opining that the older precedents had been overruled by the 2013 Supreme Court decision in American Express Co. v. Italian Colors Restaurant. The American Express decision is often understood to stand for the principle that plaintiffs may not invalidate an arbitration agreement containing a class action waiver merely because arbitrating their claims on an individual basis would cost many times more than their potential recovery.


The argument often advanced to support arbitration is that it is quicker and less expensive than a lawsuit. That is especially true for the big employer defendant.

Arbitration rarely produces the kind of multimillion dollar settlement that may result from class action litigation, like the class action 401k lawsuits against financial services firms, like Schwab, that have become common in recent years.

Arbitration proceedings are private; they create no legal precedent; and participants are often bound by non-disclosure agreements. Even apart from the issues of cost and diminished potential for recovery, arbitration provides no basis for the sharing of information or other resources on the part of those who are affected by similar facts. It is very difficult to build an argument about a common situation or how the law should apply in that circumstance.


The AARP amicus brief goes beyond these practical concerns to examine the structure of ERISA enforcement processes. It gets into a little bit of theory about how law should work to protect the people who work. In other words – who is minding the retirement savings store?

AARP’s brief notes that Section 502(a)(2) of ERISA provides that the Secretary of Labor, participants, beneficiaries and fiduciaries may all bring civil actions for relief under the law. They are partners. Plan participants are a vital part of this enforcement scheme because they are best positioned to know what is happening with their retirement savings. They also have the most motivation.

This original foundational scheme would be frustrated, the brief argues, if mandatory arbitration clauses in ERISA plans were to be enforced. Two problems would follow:

More EMPLOYEE STOCK OPTION News
Private arbitrators are not empowered to award damages beyond the claims of the individual who arbitrates. Nor may they grant injunctive relief, including the removal of a fiduciary. Only the judiciary may do this. That is why, as argued by the AARP, Congress carefully referred to “the court,” in its description of ERISA enforcement mechanisms.

In addition, under the Ninth Circuit’s decision in Dorman, plan sponsors could deprive participants of the right to have disputes resolved through judicial proceedings simply by adopting plan amendments that required arbitration of disputes. That will happen in very short order, if it has not already. The decision allows plan sponsors to override the intention of Congress in drafting the law and to render the enforcement provisions of ERISA virtually toothless.

The impact of Dorman is still being assessed by plan sponsors and the ERISA bar. All eyes are certainly trained on the case, as the Ninth Circuit has a reputation for being in the forefront of employee benefit and employee rights law.
READ ABOUT EMPLOYEE STOCK OPTION LAWSUITS