One of the most recent lawsuits to be filed against St. Jude Medical with regard to faulty batteries associated with Implantable Cardioverter Defibrillators (ICD) has been filed by a woman in Canada. According to the New York Post (05/12/17), plaintiff Shirley Houle is seeking $800 million in damages on behalf of others similarly affected in a proposed class action. 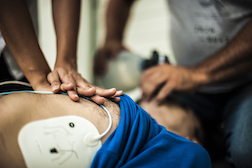 Houle says in her ICD recall lawsuit that she suffered “near-fainting” spells when the batteries in her ICD ran down without warning. While Houle acknowledges that all batteries have a shelf life, batteries such as those powering important medical devices integral to the health and survival of a patient should not be susceptible to premature failure.

St. Jude was acquired by Abbott Laboratories in January. However, three months prior to the acquisition St. Jude initiated an ICD recall with regard to premature battery depletion associated with its Implantable Cardioverter Defibrillators.

The St. Jude Medical ICD recall would not have proven so much of an issue were it not for a warning letter sent to St. Jude by the US Food and Drug Administration (FDA) 6 months later, in April of this year. In its communication with the medical device manufacturer, the FDA took St. Jude to task for continuing to make available St. Jude Medical ICDs and continuing to ship them to clients and the healthcare community in spite of the battery issue.

In fact, the FDA said that no fewer than seven ICDs equipped with the problematic batteries were implanted in patients after the October, 2016 recall.

More ST JUDE ICD News
The FDA had more to say, noting that St. Jude Medical failed to update its’ own management and various medical advisory review boards as to the full scope of the battery failure issue. The FDA also cited St. Jude for keeping the death of an ICD patient under wraps as well. The patient, according to the FDA passed away several years ago following the failure of a St. Jude Medical Implantable Cardioverter Defibrillator when the battery failed prematurely.

The Canadian class action lawsuit seeks to represent any number of patients totaling 8,000 who received St. Jude ICD devices, allegedly with the problematic battery. There was no case information available. St. Jude Medical ICDs were recalled in the US last October, but according to the New York Post were only subject to a warning from Health Canada.

If you or a loved one have suffered losses in this case, please click the link below and your complaint will be sent to a drugs & medical lawyer who may evaluate your St Jude ICD claim at no cost or obligation.
Request Legal Help Now

Posted by
rex fancher
on February 1, 2020
I received a st jude icd in 2013 last year it went off somewhere between 13 and 20 times in 3 hours they put me in a coma and paralyzed me to be able to stop it from shocking me found out later that it had been recalled
Posted by
oliver willis
on September 7, 2017
I recently received a shock after my heart stopped . At the time I was resting and was not doing anything . I have this icd in my chest