Patients rely on pharmaceutical companies to ensure that the medications they take are safe for consumption. That is what makes the recent ETHEX drug recall so scary. It took too long for the defects in the medications to be noticed, putting many people at risk of a drug overdose. Robert S says his wife, Linda, survived her ETHEX side effects, but months later she is still having a difficult time. 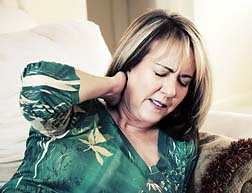 "Linda was taking the 15 mg extended relief tablets [morphine]," Robert says. "She was put on them about the first of November, 2008. Immediately, her system went haywire. She is on other prescriptions—she suffers from acute fibromyalgia and has sleep apnea. That resulted in a fear that almost killed her. Right now, she doesn't sleep like she should for fear she can't breathe at night [because of difficulty breathing while awake]. If it weren't for her machine that helps her breathe when she sleeps, she might have died. I noticed after she started taking those pills that it was harder and harder to wake her up.

"She had acute pain in the back of her head, down her spinal column and into her neck and shoulder. Doctors couldn't figure it out. It wasn't until we told them about the medication alert that they figured it out. Linda's heart would go crazy at times—just racing. Her blood pressure—she never really had a problem with her blood pressure before, but it got so out of whack that she was on unbelievably strong medications to control her blood pressure. We knew something wasn't right.

"The pharmacy called us and that's how we found out about the alert with the medication. They said that we needed to change the medication and we had to bring it back so we could get medication from another manufacturer. Linda took it back and showed them the medication, but I told her to hold onto it. I said that something was wrong with it and too many things had happened to her since she started taking those pills.

"So, once she switched the medications, things got a little better, but they're not all better. Even now, she has a phobia about sleeping and her fear is unbelievable. The nights that I've had to stay up all night with her and miss work the next day, even. It's remarkable that something could happen at such a pace [the onset of side effects of the drugs]. Everything in our household was affected and it hasn't got back to normal yet. It upsets Linda to even discuss this.

"She has fibromyalgia and anytime there is tension in her life, it makes her fibromyalgia shoot off on her. She went through pain and fear. She still has the actual pills here and the pills are about 2 to 2.5 times larger than what she should have been taking.

More ETHEX News
"She was going to the doctor every other day from the second or third day of taking those pills nearly through the rest of the year. She's just now getting to a place where she can go out herself. Her blood pressure is still out of whack and she is still on medication for it. The fear and pain probably had a lot to do with that, too. She was constantly short of breath—she couldn't get up to go to the restroom without panting.

"The doctor couldn't understand it until he found out about what had happened with the medication. It caused quite a scare for us.

"It's frightening to think that a drug could get to your hand from a pharmaceutical [company] and have that much wrong with it. A pharmacist looking at it couldn't recognize there was a problem and that's your only protection—what the pharmacist knows about what he's giving you. To think a medication could get to your hand and that could kill you—that's disturbing, really disturbing."