Judy suffered from acid reflux problems so her doctor prescribed Reglan. "It helped but I felt jumpy and jittery and out of control to the point that I became a nervous wreck," she says. Fortunately, Judy sought medical help and she was admitted to the Valley Psychiatric Hospital in Chattanooga. "My doctor told me later that it was because of the Reglan." 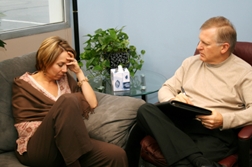 "It was my sister who prompted me to go back to my doctor—she said I looked wild. I felt like I was going to jump out of my skin; I couldn't sit still and kept having panic attacks. I was admitted to the Psychiatric Hospital because my system had reached a super-saturation point; a psychiatrist explained that I had to take other meds to counteract the Reglan, and looking back, that really makes me angry with the makers of Reglan.

"That's what killed Elvis—taking so many drugs to counteract all the other drugs he was taking, and his body just couldn't take it. Of course I didn't abuse drugs like he did, but I can relate after Reglan did this to me. To this day, I tell my doctor not to give me Reglan before another surgery. When you have surgery, they want everything to move downward instead of coming back up—naturally they don't want you regurgitating or vomiting during surgery.

"Anyway, I was in the psych ward for two weeks—I went to group therapy and counseling, but when they found out that I was a middle school guidance counselor, it turned out to be a joke—at my expense! I had to keep in mind why the other patients were there so it didn't hurt my feelings too badly, but it really had an effect on me; my mental state should never have gotten that bad.

"Three days after I stopped taking Reglan and started on the new medications, I began to feel better. I had been there for two weeks but school was starting and I panicked thinking I would lose my job. As it turns out, I only missed one day of work and no one discovered that I had been in the psych ward. I speculated about losing my job if the school board found out; I think they would have told me to take a year off at the very least. And of course, my position wouldn't have been there when I returned.

"I was lucky that I didn't lose my job—imagine having a drug like Reglan cause you to get fired!

"My doctor is very conscientious and he felt terrible that this happened to me. I don't hold him liable; he is an extremely smart man and he knew right away it was the Reglan. And some doctors might just dismiss a woman with similar side effects, chalking it up to PMS or 'nerves.'

More REGLAN News
"I really didn't know at the time that Reglan was making me so crazy; your doctor prescribes a drug and you trust them. And in those days, pharmacists didn't give you the print-out explaining the side effects of the medication and explaining not to take it with certain other drugs. And who reads the small print? The general population likely doesn't understand all the wording in the inserts because it can get quite technical and lengthy.

"But in the Reglan brochure (I read the entire thing when I got home) it said it can affect people to the point of a psychotic state. They should have these side effects written in big, bold letters, but this was 15 years ago and I don't think they did much warning back then.

"Maybe my story will help others recognize the symptoms of Reglan and stop taking it, before they wind up in hospital like I did."