A Qui Tam Whistleblower case that put the spotlight on a hospital chain based in Texas has been resolved after Christus Health Systems agreed to pay almost a million dollars to the federal government in an effort to settle whistleblower allegations of Medicare fraud. 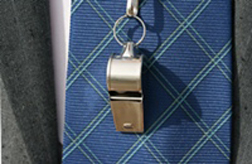 The settlement is part of a larger lawsuit that has been on the books since 1998 and has resulted in securing $62.9 million in recovered funds for the government.

According to the October 9th issue of Right Vision News, Mark Razin was at one time an employee of Healthcare Financial Advisors Inc. (HFA), an entity that worked in concert with hospitals on cost reports with the view to maximizing reimbursement by Medicare. The company is also reported to have encouraged hospitals to reopen the cost reports from previous years in an effort to make "adjustments" aimed at resubmitting to secure an increase in Medicare reimbursements.

Many of those "adjustments" were found to be fraudulent.

The Christus settlement resolves allegedly fraudulent Medicare billings that date back as far as 1988 and extend to 2001. According to the qui tam lawsuit, a collection of Christus hospitals billed Medicare for advertising and marketing costs, as well as certain administrative costs for which Christus should not have billed Medicare. Christus was also found to have failed to disclose errors made by a fiscal intermediary charged with the task of reviewing cost reports for Medicare.

The result, government whistleblowers found, was a series of overpayments to the hospitals.

More QUI TAM WHISTLEBLOWER News
Christus, which is based in Houston, operates more than 40 hospitals and related facilities in eight states of the Union. HFA was acquired by Certus in 1998—the same year that qui tam government whistleblower Razin filed his lawsuit in federal district court in Los Angeles against a number of former clients associated with HFA/Certus. Christus was among them.

The qui tam lawsuit remained under seal for more than a decade before a judge finally unsealed the document this fall.

Government whistleblowers such as Razin are protected against reprisal under the federal whistleblower act, and provide valuable service by way of exposing fraudulent activity and wrongdoing against the government and other federal entities. For their efforts, federal whistleblowers receive a share of any proceeds. The settlement involving Christus came in at $970,987—but is merely a drop in the bucket when compared to the $62.9 million in funds recovered in total by the feds resulting from Razin's actions.