A new study suggests that some popular heartburn drugs known as proton pump inhibitors are associated with a higher risk of death. 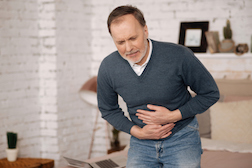 A Proton Pump Inhibitor (PPI) such as brand-name medications Prilosec, Nexium, Prevacid and others, reduces acid production by blocking the enzyme in the wall of the stomach that produces acid that can cause ulcers in the stomach, esophagus and duodenum.

The study was conducted by researchers at the Washington University School of Medicine in St. Louis and published in June 2017 in the BMJ Journal.

Scientists conducting the study gathered data from the US Department of Veterans Affairs databases on 275,933 people who were prescribed a PPI and 73,355 who had been prescribed an H2 blocker, another class of medication used to treat conditions that cause excess stomach acid, between October 2006 and September 2008.

The study, which tracked deaths up to five years, found a 25 percent increased risk of death in the patients who took a PPI compared with the people who took H2 blockers, roughly one extra death for every 500 people taking PPIs for a year, according to CBS News.

"The results were very clear. We were startled by this," study author Dr. Ziyad Al-Aly told CBS News. "However we sliced the data, analyzed it, there was always a consistent relationship between PPI use and risk of death."

Earlier published studies have linked the use of PPI medications, which are sold over-the-counter or by prescription, with a risk of adverse reactions.

JAMA Internal Medicine published a February 2016 study that found that the use of PPIs was associated with a higher risk of chronic kidney disease. Another study published in April 2016 in the Journal of the America Society of Nephrology found that patients who took proton pump inhibitors for more than 30 days had an increased risk of kidney failure or chronic kidney disease.

The St. Louis study noted the need for limited use of PPIs in some instances.

"The results suggest excess risk of death among PPI users. Risk is also increased among those without gastrointestinal conditions and with prolonged duration of use. Limiting PPI use and duration to instances where it is medically indicated may be warranted," according to the study.

READ ABOUT PRILOSEC SIDE EFFECTS LAWSUITS

If you or a loved one have suffered losses in this case, please click the link below and your complaint will be sent to a drugs & medical lawyer who may evaluate your Prilosec Side Effects claim at no cost or obligation.
Request Legal Help Now

Posted by
Terry
on October 15, 2017
I have been prescriber Prilosec by the VA since around 2001!
Posted by
Caren singer
on July 19, 2017
I have ESRD. I took these medications for years. Please advise.
Posted by
James Gordon
on July 17, 2017
I have been on Nexium for years and find sometimes I feel sick to my stomach and don't want to eat. Is there a case on this medication?
Posted by
Desiree Padmore
on July 16, 2017
Is Zantac Subst Ranitidine 150 Mg consider one of the drugs i've been taking this drug for couple months now after a 3 hernia repairs I do suffer With kidney stones And Pain should I stop immediately with this drug Thank You
Posted by
Gina L
on July 16, 2017
I need to know PROTONIX is included in this list. My fiance has been on it over 10 years (per drs orders). But I have read it is only ment for short term use ONLY...