So, What IS Post-Settlement Funding, Anyway?

It’s not until you really get into the lawsuit process that it suddenly dawns on you as to how things really work, and what the reality of the process is. On the surface, an injured person who litigates against another party for compensation may, indeed, have a nice payday to look forward to at the end of the process. 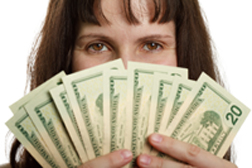 And yet there are certain realities at play. First, you may not be able to work while recovering from injuries. If you are the primary or indeed the sole breadwinner in your household, your injuries may prevent you from working. Some, but not all employers offer short-term disability (STD) coverage. But that may not be enough…

The good news is that you have options, while your case is at play and - with post-settlement funding - after your case settles.

A common misconception is the speed at which even a slam-dunk case will proceed. A simple, straightforward case with few complications can still take months, if not years, to settle. Meanwhile, your creditors will not be patient. Your forced holiday from working and earning a living does not automatically grant you a holiday from your liabilities.

That’s where pre-settlement funding has helped a lot of plaintiffs survive the wait. Pre-settlement legal funding is a cash advance - not a loan per se - taken against the settlement your case is expected to generate. The interest rate is usually higher than that of a bank, given the risk the funding provider is taking.

Here’s another misconception: the assumption that when a case settles and the plaintiff wins a settlement, the settlement dollars start flowing right in.

Not necessarily. Like a lot of things in life, it’s not quite that simple. Even when a case settles and you win, there could be delays in the funds landing in your bank account. A judge may need to approve the settlement (which in most cases, is a formality, but even so it could take weeks). There may be need for a holdback of funds to ensure any potential liens are investigated and cleared.

Sometimes, simple red tape can slow the process and delay your settlement longer than you might expect.

Meanwhile, the pre-settlement legal funding agreement ends when your case settles. You still don’t have to pay the advance until your settlement dollars actually come in. But the money coming to you stops, because the settlement has been achieved (if not actually delivered, in terms of funds into your account).

You’re still waiting. In the meantime, you may have recovered enough to get back to work and resume earning an income.

But maybe you haven’t. Now what?

This is where post-settlement legal funding comes in.

This is a product similar to the lawsuit advance that you obtained while your lawsuit was in play. But there is a difference: the settlement has been won and is expected. So the risk is lower for the funding provider. In other words, the interest rate on a post-settlement advance (which is what it is) can be quite a bit lower, because the settlement has been approved. The funding provider is now charging a nominal fee for you to use the funds, knowing the principal and interest will be paid once the settlement comes in.

Like all things, it pays to shop around. Rates and terms can vary. And pundits recommend that pre- and post-settlement funding should only be sought as a last resort if there are no other sources for funds available to you. A family member with means, for example, could loan you money interest-free or at a nominal rate of interest that could be far less than even banks would charge.

For that matter, if you have a relationship with a bank, it’s a good idea to explore that option as well.

Your attorney can provide options, even inquire on your behalf and broker the funding for you through a provider that offers the best terms. And, like anything, it’s wise to keep your eyes open and be well aware of all the terms you are agreeing to.

Thousands of plaintiffs, from those fighting individual cases to large businesses and companies involved in costly and lengthy corporate lawsuits, have all used lawsuit advances to great success.

For you, it may not come down to a choice. You’ve been injured, you can’t work and you have to find a way to pay your bills. A lawsuit advance and subsequent post-settlement funding may mean the difference between keeping your home and paying your bills, and an alternative this is patently unthinkable.