Auto accident pre-settlement funding from Lawsuit Financial is making life a little easier for one family. Almost a year after a fatal auto accident claimed the life of a young woman, a wrongful death lawsuit has been filed against the negligent driver. According to police, a teen was driving a stolen truck at a high rate of speed when he failed to stop at a stop sign, crashing the vehicle into the woman’s van. She died at an area hospital. The negligent driver and three passengers were treated at the hospital and released. The woman’s parents and three young children are named as plaintiffs. 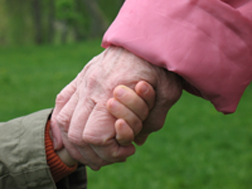 Money can’t bring back their daughter or mom, but it can help their financial situation. Unfortunately, the family had been struggling to pay the bills, especially the funeral and burial expenses and the ongoing needs for three small children. After their attorney suggested pre-settlement funding while waiting for the case to settle, the family called Lawsuit Financial. With a strategically placed lawsuit cash advance, they have been able to pay the outstanding funeral expenses and day care for the children.

More PRE-SETTLEMENT LEGAL FUNDING News
This case is similar to many of our pre-settlement funding clients. Our pre-settlement funding services can protect this family from compromising their case due to financial pressures. When Lawsuit Financial received the funding application, we quickly requested case documentation from the plaintiff’s attorney and reviewed the merits of the case. Once approved, we issued a contract and wired the funds in less than 24 hours. When the case is resolved, repayment of the lawsuit cash advance will come from the settlement. Best of all, if this family happens to lose their case, they are not obligated to pay us back. This is called “non-recourse” funding.


Disclaimer: This article is a paid advertisement prepared by Lawsuit Financial Corp. and does not constitute legal or financial advice from Online Legal Media or LawyersandSettlements.com.