For Some Plaintiffs, Pre-Settlement Funding Remains Their Only Option

While critics of pre-settlement funding continue to rail on about high funding fees, the good news for the legal consumer is that the increasing choices in the market, including the relatively new funding structure designed to help plaintiffs through a tough financial time while waiting for a case to settle, is seeing dozens of players. 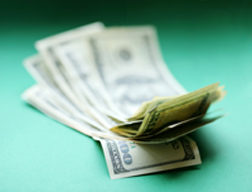 And with increased competition comes more competitive terms, as proprietors in the pre-settlement legal funding sector vie for borrowers.

Which is what presettlement funding is, according to Kelly Gilroy, executive director of the American Legal Finance Association (ALFA). According to its website, the association represents no fewer than 31 lawsuit-funding organizations.

“We help people who are waiting for a settlement or a judgment, people who need to make ends meet as they wait for a fair outcome of their case,” says Gilroy. “It’s for living expenses,” Gilroy continues. “It’s not for legal expenses. Frankly, most of these people don’t need this for legal expenses because their attorneys have taken the case for contingency fees. This is just some gas for them, so they can stay in the game.”

And with 31 member-funding agencies under the ALFA umbrella, there is choice for the consumer. With an eye for detail and doing a bit of shopping around, a presettlement legal funding consumer without the means for funding from any other source could end up with a very satisfactory arrangement.

That arrangement, in sum, is a lawsuit advance. Funds are provided to the plaintiff to help pay bills and other living expenses. The loan - which is what presettlement funding is - is repaid out of the proceeds of the settlement. It’s not unlike other funding models, such as the reverse mortgage. Property owners can access the equity they have built up in their home for various expenses. Retired couples will often do this to undertake a bit of travel, help grown children buy their first home or help grandkids through college. The mortgage is retired when the house is sold, with the proceeds of the sale reduced by the amount of equity spent while the reverse mortgage was in force, with interest.

Similarly, with lawsuit loans, the advance is repaid out of settlement proceeds. However - and this is one strong feature of the lawsuit advance - if the case is lost, the loan does not have to be repaid. The pre-settlement funding provider absorbs the entire loss.

That’s one reason why funding fees are so high - the funder accepts the entire risk, based on an expectation that a case will settle with compensation at the end of the day. There is no collateral involved. Thus, in exchange for accepting the entire risk, companies providing lawsuit loans charge higher interest rates (funding fees) than rates observed by more traditional lending institutions.

Provided a consumer knows all the terms going in, there are no surprises. And most lawsuit advance companies advocate that plaintiffs in need of funds for living expenses while a case is in play approach friends or relatives first, for funding assistance. In the absence of such an opportunity, however - especially for plaintiffs who do not have an existing relationship with a bank - pre-settlement legal funding may spell the difference between managing to keep going, and not managing to survive until a case concludes and is settled.

Pre-settlement funding advocates are also careful to urge consumers to make sure all terms are clearly disclosed, and that the consumer fully understands those terms. It’s also important that the plaintiff’s attorney is fully aware of the transaction, and the terms involved.

In many cases, the attorney is in a position to recommend a lawsuit advance provider.

And unlike a car loan, where the consumer is on the hook for payments even after the car is sold (assuming the selling price was less than the loan taken out to buy the vehicle in the first place), the lawsuit loan does not need to be repaid if the case is lost.

In other words, the plaintiff is not made to lose twice. If the case is won, then the presettlement funding amount plus interest (and/or funding fees) is repaid from the proceeds of the settlement. In effect, the plaintiff has the ability to use a portion of the settlement compensation immediately, rather than wait for it to come in upon the conclusion of a case dragging through the courts. For this service, there is a cost that some critics continue to view as too high.

More PRE-SETTLEMENT LEGAL FUNDING News
However, for the plaintiff with no other option, the pre-settlement legal funding model remains a lifesaver, with the cost in funding fees of little consequence. The value in having the opportunity to have use of settlement money for living expenses sooner than later, for some, remains priceless.

And if the case is lost and there is no compensation forthcoming, the lawsuit advance is completely forgiven. The funder assumes all risk.

At the end of the day, say industry professionals, when it comes to lawsuit loans, make sure they are the right product for you. Shop around. There are many players, including Lawsuit Financial Corp., out there. Understand the terms and make sure everyone is in the know, including your attorney. Then get out there and keep going, in spite of those hoping you will throw up your hands and just quit…