Pre-Settlement Funding Becoming More Commonplace, but Do Your Homework

Anyone wary of this latest phenomenon known as pre-settlement funding need only remember back to the genesis of other financial products and strategies commonplace and accepted today. 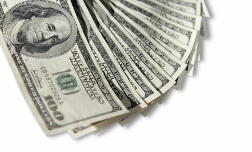 Lease a car lately? There was a time when only corporations and businesses requiring entire fleets of vehicles had access to a car lease. Now, any consumer for whom leasing makes sense can defer the outright purchase of a car for a period of years and lease the vehicle for a lower monthly cost than ownership.

And it wasn’t that long ago when no one had heard the term “reverse mortgage.” Today, many seniors are enjoying the chance to access some of the equity in their home while they are still alive - to travel or help their children. The reverse mortgage is repaid only when the house is sold.

Enter pre-settlement legal funding, an opportunity for plaintiffs to access part of an expected lawsuit settlement sooner than later, in order to relieve financial burdens while waiting for a trial languishing in a choked court system to work its way through the pipeline.

But like the foregoing examples, presettlement legal funding isn’t for everybody. For one thing, a reverse mortgage doesn’t make sense if you need your entire equity following the sale of your home to pay other outstanding debts not tied to a mortgage, or if your equity will be needed to fund medical bills and/or assisted living down the road.

Similarly, leasing a car makes sense if you need to keep your monthly payments low. But for most Americans who don’t have an opportunity to write off the cost of a lease as a business expense, a car lease is an expensive option. Interest rates are usually higher than a loan, with many manufacturers offering zero-percent financing as a purchase enticement. At the end of the lease, if you’re lucky enough to be in a position to walk away without becoming dinged with mileage or damage penalties, you simply walk away. You’ve done your time in that vehicle and your time is up. But you have nothing to show for it unless you buy the vehicle or lease another vehicle and the process starts all over again.

Such is the case with a lawsuit advance. It isn’t for everyone. While the borrower is not required to pay anything back if the action is lost and there is no settlement (with the loan provider assuming all the risk), carrying such a risk often commands higher interest rates than that found with a comparable loan through a bank.

And akin to a reverse mortgage client giving up equity at the conclusion of a sale to repay the loan, the plaintiff will see a smaller settlement amount after the lawsuit advance - plus interest - is repaid.

Critics advocate for cash-strapped plaintiffs to seek advance funds from any other source, such as family members or a traditional bank, before considering lawsuit loans.

To that end, however, for the plaintiff with a less-than-stellar credit rating and without any other sources for advance funding, lawsuit loans are not only a godsend but the only way to stave off bankruptcy until the settlement comes through.

The key, say financial advocates, is to completely understand the terms, the cost of the presettlement legal funding loan in terms of interest and how that interest is computed. An interest charge locked in and added to the principle at the time the loan is taken out allows for a budgeted payback. In other words, a $1,000 loan at 20 percent locked in will never exceed $1,200 when the loan is to be repaid. However, an interest rate that continues to run for as long as the loan is outstanding - in the face of a years-long wait for a settlement - could conceivably leave the plaintiff with little left at the end of the day.

Lawsuit advance plaintiffs should also be wary of a time lag between when the lawsuit loan was initiated and the final outcome of a settlement. A plaintiff, with passing time, may forget that a long-awaited settlement will be reduced by the value of the outstanding lawsuit advance.

More PRE-SETTLEMENT LEGAL FUNDING News
It should also be noted, as it has elsewhere, that presettlement legal funding is not for taking that coveted Alaskan cruise or buying that new car. It’s meant for living expenses, to get you through until the settlement is finalized. Of course, if the case doesn’t go in your favor, you owe nothing. The lender takes the hit. Another reason why a lawsuit advance requires, by its very nature, a higher interest rate than that obtained through more traditional funding. A bank will have some form of collateral to liquidate if you default.

In contrast, a lawsuit advance lender is banking that your case will be successful. If it isn’t, he gets nothing back.

The sheer growth of the pre-settlement funding sector speaks to its need and value for a growing number of plaintiffs unable to keep going financially due, perhaps, to injury or incapacitation. Settlements are great, but they can take years. What happens if you need the money now? Pre-settlement legal funding is one way to resolve that problem. As long as you are up to speed on the terms, the cost and anything else you are liable for [read the fine print], and assuming you find those terms acceptable, the lawsuit advance may be just the ticket.