While not exactly new, pre-settlement funding is beginning to weave its way into the public consciousness as a welcome resource for plaintiffs in the throes of litigation and in need of any settlement funding that may be forthcoming. The idea is to have immediate access to settlement or compensation funds through a third party while litigation is ongoing. 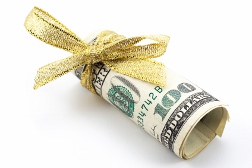 Should the litigation prove unsuccessful, the plaintiff has nothing to pay back. The third party in such a pre-settlement legal funding arrangement assumes the risk and takes the hit if the litigation is lost.

Advocates of the funding product speak to the advantages and the need for presettlement funding for plaintiffs struggling with finances or health issues resulting in job loss or an inability to work. More often than not, due to clogged courts and the overall slowness of a legal system that crawls at a snail’s pace, reaching a settlement and realizing due compensation can take years - time many plaintiffs simply don’t have.

For them, presettlement legal funding is a godsend.

“We help people who are waiting for a settlement or a judgment, people who need to make ends meet as they wait for a fair outcome of their case,” said Kelly Gilroy, executive director of the American Legal Finance Association, in comments published on CreditCards.com (3/29/13).

“It’s for living expenses,” she said. “It’s not for legal expenses. Frankly, most of these people don’t need this for legal expenses because their attorneys have taken the case for contingency fees. This is just some gas for them, so they can stay in the game.”

There are also no credit checks required, so plaintiffs suffering from a bad credit rating or other credit challenges will never be turned away. Here again, the lender assumes all the risk for so-called “non-recourse” funding with repayment specifically tied to an expected settlement stemming from litigation. If there is no settlement forthcoming, there is no liability on the part of the plaintiff. The lawsuit advance is completely absorbed by the lender.

However, as good as lawsuit loans sound and as useful as they have proven for scores of plaintiffs, the funding model is not without its critics. The funding, according to the CreditCards.com report, includes funding fees and interest rates that serve to balloon the final payout to the lender should litigation successfully result in settlement dollars.

Typically, according to the report, rates range from two to four percent plus fees. Compounded each month, a $1,000 presettlement funding loan could morph to $1,601.03 after one year - a 60 percent increase. Again, this is not a direct cost to the plaintiff. Rather, it is a cost against the final settlement stemming from litigation. The plaintiff is never required to repay the loan from their own pocket. However, the longer the loan exists, the less settlement money the plaintiff sees once the loan is repaid.

Gilroy defends the practice, noting the lender assumes all the risk and may get nothing in return should the litigation prove unsuccessful. “We don’t check credit,” Gilroy said. “If you have a bad credit rating, it doesn’t affect this product. We don’t do employment checks and there’s no collateral. This is a very risky product.

“This is a higher cost product than some other things because other financial products have a guarantee that they’ll get something back and our companies do not have that guarantee,” she said.

Such an observation notwithstanding, the American Tort Reform Association (ATRA) is lobbying to have interest rates and funding fees capped. Various legislative bills, created with the assistance of the US Chamber and other pro-business groups, have been filed in 10 states thus far. The ATRA’s Matt Fullenbaum says that “at a minimum, litigation funding companies should be subject to the same banking laws as traditional lenders.”

Critics of this stance note that traditional lenders do not carry the same level of risk as lawsuit loan providers.

More PRE-SETTLEMENT LEGAL FUNDING News
A spokesperson for one pre-settlement lending company agrees that lawsuit loans are, and perhaps should remain, the avenue of last resort. If you require financial help and can source funds, or enlist the help of a friend or relative, by all means do so. However, in the absence of sympathetic friends or family members, lawsuit loans are an opportunity to survive until a claim settles.

That said, noted the presettlement legal funding advocate, it’s important that the lawsuit-advance provider clearly discloses all terms of a contract, and that the borrower fully understands what he or she is signing. It’s also important - and presettlement-funding providers advocate this - your attorney knows about it.

Some advocates of lawsuit loans will tell you to consult the attorney handling your case first. They will review the pros and cons with you, and often recommend a reputable lender.