A teachers union in the Keystone State is claiming that a school board violated Pennsylvania labor law by refusing to negotiate with its representatives. 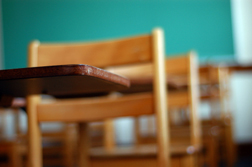 According to filings with the Pennsylvania Labor Relations Board, the Old Forge Education Association met with the school district over the summer to discuss a potential new collective-bargaining agreement, reports the Scranton Times-Tribune.

More PENNSYLVANIA EMPLOYMENT LAW News
At the negotiations, school board president Katherine Stocki allegedly objected to the fact that Deborah Zabielski, a teachers' union president from Lakeland School District, was in attendance as a negotiator for the teachers union.

Stocki reportedly claimed that the union needed her permission for Zabielski to be present, according to the news source.

A second round of negotiations was scheduled for September, but again Stocki and the district's labor lawyer, John Audi, refused to meet with the union if Zabielski was present.

"We don't know who they are, we don't know why they're in the room," Audi said of the presence of the representatives from other teachers unions.

According to the news provider, Pennsylvania labor law allows each party to choose its own negotiators.

If you or a loved one have suffered losses in this case, please click the link below and your complaint will be sent to an employment law lawyer who may evaluate your Pennsylvania Employment Law claim at no cost or obligation.
Request Legal Help Now