Five more women have recently filed lawsuits against Cooper Surgical and Teva Pharmaceuticals claiming its ParaGard IUD broke while being removed. The ParaGard website warns consumers that its device sometimes gets stuck in the uterus, requiring surgical removal, but does not include a problem with it breaking apart. 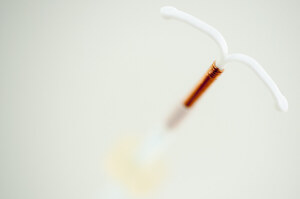 Do a quick Google search and you’ll find sites such as NewBeauty promoting ParaGard: Dr. Carolyn Delucia, a New Jersey gynecologist, said that, “no matter how long your intrauterine device lasts, you can go back to your gynecologist any time to get it removed.” Easier said than done. That wasn’t the case with Vanesha Johnson, a New York woman who filed a lawsuit against Cooper Companies, claiming the “faulty birth control device and subsequent removal surgery caused a variety of injuries, including “significant bodily and mental injuries, pain and suffering, mental anguish, disfigurement, embarrassment … loss of earnings and earning capacity,” in addition to numerous medical expenses,” according to Law360.

Just three months after Johnson had the ParaGard inserted, an ultrasound showed the IUD had migrated out of place in her uterus. Johnson’s doctor tried to extract the IUD but one arm broke off inside Johnson’s body. She underwent surgery in to remove the broken-off piece. According to her complaint, Johnson has suffered loss of reproductive health, pain, suffering, mental anguish and loss of enjoyment of life, and there’s the medical bills.

Four women in Missouri also claim they were injured when the ParaGard broke while doctors attempted to remove the device, reports KCUR.org. The women claim the companies knew or should have known that the ParaGard IUD is defective because its arms have a tendency to break upon removal from the uterus. According to their lawsuits, the FDA has received over 1,600 reports of ParaGuard breakage since 2010, with 700 classified as serious.

The global medical device company Cooper Surgical says on its website aimed at the health community that ParaGard IUD, with 1 hormone-free active ingredient (copper), “delivers the strongest combination of benefits for the widest range of women...Satisfy more patients with ParaGard—the only highly effective, reversible birth control that is completely hormone free.” It neglects to say that many lawsuits have been filed against it and the manufacturer Teva Pharmaceuticals from women who have suffered severe complications from the IUD.

The FDA and Paragard

ParaGard was approved by the FDA in 1984. The agency sent a cease and desist letter in July 2019 to CooperSurgical over a TV advertisement. It said the company makes false or misleading representations about the risks associated with ParaGard and “The TV ad is misleading because it includes claims and representations about the uses and benefits of ParaGard but fails to include important risk information associated with the drug….and omits the warning for expulsion of the product.”


As of September 24, there are at least 55 actions pending in 29 different judicial districts, all claiming similar wrongful conduct on the part of CooperSurgical and Teva. Given the scope of ParaGard sales, plaintiffs’ attorney said that, “it is likely that hundreds of other actions will be filed in jurisdictions throughout the U.S.” ParaGard was purchased in November 2017 from Teva Pharmaceutical Industries Ltd., for approximately $1.1 billion.