A revision to the black box warning on Ortho Evra transdermal birth control patch with regard to the risk for thrombosis and blood clots is, indeed, covered by a safety alert on the official Web site of the US Food and Drug Administration (FDA), in a release dated March 11 of this year. 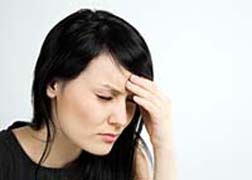 However, any patron searching for information on the official Web site of the FDA and keys in the words "Ortho Evra" in the search window, will only pull up information from 2008 and prior.

Ortho Evra is a birth control system not taken orally. Instead, the active ingredients norelgestromin/ethinyl estradiol are transferred to the user transdermally through a skin patch. The FDA has been mandating updates to the Ortho Evra labeling at least since 2005 for various concerns related to the potential for blood clots, or venous thromboembolism (VTE).

In January 2008, for example, the FDA reacted to an additional epidemiological study evaluating the risk of VTE in women aged 15–44 when using the Ortho Evra transdermal patch.

Warnings were subsequently revised in April 2010 with regard to VTE concerns through an additional 24 months of data from the i3 Ingenix Study, together with data from a recent post-marketing study conducted by the Boston Collaborative Drug Surveillance Program, according to the FDA.

At that time, increased risk of VTE, and VTE due to cigarette smoking, rated little more than a passing mention.

However, in March of this year, that all changed with an expanded black box warning for Ortho Evra. To that end, the FDA—in a safety alert dated March 2011, references a boxed warning "regarding cigarette smoking and the associated risk of serious cardiovascular events" as having been "modified to be consistent with current labeling for combination hormonal contraceptives."

However, this past March, Ortho-McNeil Janssen dramatically expanded the caution regarding risk for VTE in women using the Ortho Evra patch, which makes it clear that women aged 15–44 who use Ortho-Evra are presented with a greater risk of adverse events when using the patch, in contrast with women who use oral contraceptives.

Lamb links the FDA update to his Drug Injury Watch blog, as well as including the actual text of the two additional paragraphs added to the Black Box warning. However, good luck finding the information by conducting a search on Ortho Evra from the FDA Home page. The most recent revisions just don't appear to be there…

If you or a loved one have suffered losses in this case, please click the link below and your complaint will be sent to a drugs & medical lawyer who may evaluate your Ortho Evra Patch claim at no cost or obligation.
Request Legal Help Now

Posted by
madeline
on May 22, 2011
with so many meds that have major side effects and the FDA are so aware of them all and so many of them are either covered up, hidden from web sights ,files etc and knowing the deaths are piling up, why hasn't anyone go after the FDA? they r such a huge scandel looking for big companies, and politicans with $$$$$$ and feeding us poison, we are guinea pigs ..and it is a very sad situtation that our rights have been take away by company like them.
good luck finding the information by conducting a search on Ortho Evra from the FDA Home page. The most recent revisions just don't appear to be there…hmmmm i wonder why....more cover up and something should pay for the lies