After a Decade of Litigation, FedEx Drivers Settle for $15.45 Million

An ongoing dispute on the books for some ten years was resolved late last year in federal court in Oregon by way of a $15.45 Million settlement laying to rest claims by defendant FedEx their drivers were working as independent contractors when, in the view of the plaintiffs, they were bone fide employees of the company. The class action Oregon Employment lawsuit involved some 400 plaintiffs. 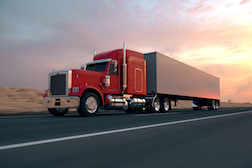 According to court documents associated with the Oregon Labor class action, the drivers took FedEx to task for, in their view, improperly classifying them as independent contractors. As such, FedEx was found to underpay them for overtime, as well as undertaking various deductions from drivers that were alleged to have been illegal, assuming drivers were properly classified as employees.

Employers appear to be using independent contractors increasingly, in an effort to hold down costs in areas such as overtime and coverage for health benefits. As an independent contractor, a driver would have agreed-to tasks to perform on behalf of the client, but remains fairly autonomous given that the drivers are not direct employees.

Plaintiffs in the Oregon Labor Law class action against FedEx asserted that the level of supervision and protocol utilized over drivers was representative of an employer- employee relationship, and not an employer-independent contractor association. Drivers did not feel, truly independent.

An appellate court had previously determined that FedEx drivers were, indeed employees of the firm. Thus, the alleged withholding of overtime pay and various deductions were deemed to be illegal. Specifically, FedEx was alleged to have withheld funds from the pay packets of certain drivers for the electronic scanners necessary to track items out for delivery.

The Oregon settlement covers drivers who worked for FedEx from July, 1999 through 2015. Drivers having worked in excess of 35 hours in any given week would be eligible to receive $128 per work week as reimbursement for the scanners. For drivers having worked in excess of 40 hours per week piloting trucks rated at 10,000 pounds or less, would be entitled to receive up to $147 for each work week during which they worked overtime.

Prior to the Oregon employment labor settlement, FedEx had settled a significant unpaid overtime lawsuit that involved some 12,000 plaintiffs across 22 states. That settlement was worth $240 million.

FedEx was not required to admit to any wrongdoing in agreeing to the $15.45 Million settlement. Be that as it may, FedEx responded to the settlement by altering its employment practices to comply with state and federal laws.

Case information was not available.

Posted by
Monifa Bryant
on February 5, 2017
I know this lawsuit was based in Oregon but that's that have an effect with the rest of the states and does it involve contractors hiring other employees as well.