An Egyptian-born engineer unhappy with alleged harassment, discrimination and other affronts to Oregon Employment law is the latest to launch an Oregon labor lawsuit against a prominent truck manufacturer based in Portland. Previous Oregon lawsuits against Daimler Trucks of North America LLC (Daimler) have alleged similar complaints. 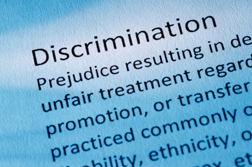 The plaintiff in this latest Oregon employment labor case is Hussein Fouad, a 75-year-old engineer who worked at Daimler for a period of two years spanning 2012 through 2014. Court documents suggest he was recognized for engineering innovations that have saved Daimler more than a million dollars a year in costs. And yet Fouad claims, in his lawsuit, that he was harassed and eventually fired from his job.

The lawsuit names a supervisor for Daimler, Wee Ong.

“In private and in front of Fouad’s co-workers, [Wee] Ong [Fouad’s direct supervisor] would ask Fouad about his plans for retirement and suggest Fouad was too old for the job. Ong also yelled at Fouad and insulted Fouad’s intelligence in front of Fouad’s co-workers. On one occasion, Ong suggested that Fouad’s Ph.D. was not in engineering but, instead, a ‘doctor of animals,’” the complaint said.

The Oregon employment law action also alleges the supervisor mocked the plaintiff’s accent, called him “bin Laden” and suggested in front of co-workers and clients that Fouad was a member of Al-Qaeda.

Fouad has countered with an Oregon employment labor lawsuit seeking $2 million: $1 million for lost wages and another $1 million for emotional distress.

Other Oregon lawsuits against the company have made similar allegations. It was just two months ago that four other current and former employees of the truck plant filed an Oregon labor and employment lawsuit alleging they were subjected to threats, racial slurs, retaliation, physical abuse and other discrimination due to their African-American heritage, or so it is alleged.

The four - Joseph Hall, Victor Pierce, Patrick Johnson and Phyllis Harris - are seeking $9.58 million in damages for lost wages and other injuries.

This isn’t the first time the Daimler truck plant in Oregon has been in litigious hot water.

In January, Daimler reached a settlement with six other employees who alleged widespread discrimination at the facility dating back some 10 years. The allegations resulted in a year-long investigation. That lawsuit, filed in 2014, was settled at the beginning of this year for $2.4 million.

The case is Hussein Y. Fouad, Ph.D. v. Daimler Trucks North America LLC et al., Case No. 170182, in the Circuit Court of the State of Oregon for the County of Multnomah.