Concern over the growing opioid epidemic has prompted forward-thinking drug manufacturers and pharmaceuticals to consider anti-tampering and abuse deterrents in the design of new drugs. The US Food and Drug Administration (FDA) however, which has recently vowed to fight opioid abuse, has found it necessary to question the claims of a Canadian manufacturer that potential abuse of its OxyContin bioequivalent could be effectively deterred. 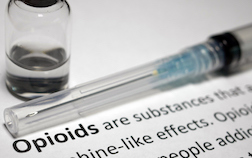 Intellipharmaceutics International Inc. (Intellipharmaceutics) has applied to market Rexista in the US. While the FDA did not require efficacy studies for Rexista given that it’s a bioequivalent to OxyContin and thus would present similar adverse reactions to known OxyContin side effects, the federal regulator nonetheless has Rexista in its sights over the manufacturer’s claims of anti-abuse features built into the design of the drug.

Data from pharmacokinetic studies submitted by the manufacturer to support its application and claims of anti-abuse possessed limited value, staff with the FDA said, given that the data was generally collected from single-dose studies on healthy volunteers taking naltrexone – the latter a prescription drug that blocks the effects of addictive opioid medications.

Rexista, according to the Canadian manufacturer, contains a blue dye that is released when tampering with the drug occurs, although the exact nature of what that tampering might be was not made clear. Intellipharmaceutics did suggest that the release of the blue dye upon tampering “causes stigmatization to the potential abuser.”

Intellipharmaceutics also submitted in its brief to the FDA that Rexista contains an irritant designed to deter abuse from snorting – the latter possible when the tablets are ground into powder. While the FDA noted that crush resistance was not a property submitted as an abuse deterrent, it was nonetheless noted that Rexista is easier to crush into a fine dust than OxyContin, its bioequivalent.

Opioid medications are prescribed to treat chronic pain for which less-robust painkillers are ineffective. To be successful – and to reduce risk of side effects inherent to addictive opioid medications – candidates for opioids are carefully conditioned, and transitioned to opioids. Abuse of opioids, however, runs the risk of the full impact of an opioid on an individual without benefit of prior conditioning to them.

It has been noted that abuse of addictive opioid medications and heroin are linked to some 30,000 fatal overdoses each year in the US. The FDA, through agency Commissioner Scott Gottlieb, has vowed to fight the opioid epidemic through whatever power the FDA has in its possession.

More DRUGS AND MEDICAL News
Still, the FDA remains concerned that opioids that feature deterrents against abuse are not marketed as less-addictive as opioids that lack abuse-deterrence. The FDA, for its part, has signaled its intent to study how manufacturers, marketers, and health providers perceive and prescribe the anti-deterrent opioids, and whether new language is needed on product labels and official prescribing information in an effort to ensure a clear understanding of the risks and benefits.

The goal would be to help mitigate the opioid epidemic, rather than heighten it.

The FDA, in requiring a closer look at Rexista, is not suggesting Intellipharmaceutics is in any way suspected of any potential for misleading labelling. The scrutiny is over whether, or not the abuse-deterrence properties of Rexista, as claimed and outlined in the application, are adequately supported by data.

READ ABOUT DRUGS AND MEDICAL LAWSUITS

If you or a loved one have suffered losses in this case, please click the link below and your complaint will be sent to a drugs & medical lawyer who may evaluate your DRUGS and MEDICAL claim at no cost or obligation.
Request Legal Help Now

Posted by
Dac.
on July 30, 2017
This article is totally misleading.your listing oxy-v- Heroine. First of all Addiction is a psycho- Neurological defet-disease. It is not a psychiatric disease ir defect. It has psycho--emotive properties as withdrawal symptoms manafest into spectacular full on demonstrable clinicle picture. The symptoms are so accute that the Pt.Will undoubtably present at an e.r:"Where if there is well trained physicians etc.they will take the edge off. With clonudine and ativan (depending on lastdose and wgat it was.
The actual culprit is the multi-degree of whatvis b3ing termed Fentynal(which is more thansuch.Reviewing th3vlabs of one overdose case, which was presented as a heroine overdose. Wasvin fwct negative for such. Howeverv5yere were fiftybother compoundscfrom bebzos to seroquil, adde4al, Cocaine Fent.meth.and a ton of other. This is not about oxy contin. Its the monoply created with Suboxone. Subutex is also marketed asca pwin patch. You all should know by now nothing is face value. There is always a convoluted,distortion.If the FDA was doing there job. There would not be a hundred commercials. On t.v. about ythis drug did this.Go to Canada, Chinam They dont have these issues. Because. They are all man made. I sent a copyb9fcavurine test this clinic did. Now normallybitvwould c9st either five bucks invmydoctors office or avhundred atcl a local lab. They send 8t 2500 miles away. The bill wasv2800.00. Sobpiss in Rhode Islandvis worth more than the weight of gold.Another quick example. My Dr. Orders Glucerna for me. Off the shelf. 8 bucks a six pack. 16 from them.As long as the people settle for less more. More of less is wglhat they will get. These people Serve at the pleasure of the people for the people. Not for themselves. We have to eliminate. Lobhying andvphilibusters. There is something attached to that bill.Someone wants slipped by.