A New Jersey man has filed a federal lawsuit against drug manufacturers Bristol-Myers Squibb and Astrazeneca Pharmaceuticals, claiming he suffered injuries after taking the diabetes drug Saxagliptin, sold under the brand names Onglyza and Kombiglyze XR. 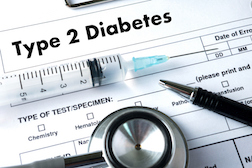 In his lawsuit, Binn claims that Bristol-Myers Squibb and Astrazeneca allegedly knew that there was a "significant, increased risk" of adverse events associated with Saxagliptin.

"Despite such knowledge, defendants knowingly, purposely and deliberately failed to adequately warn plaintiff, patients, consumers, medical providers and the public of the increased risk of serious injury associated with using Saxagliptin including but not limited to heart failure, congestive heart failure, cardiac failure, and death related to those events," according to the complaint.

Binn's lawsuit also alleges that the drug manufacturers failed to perform adequate testing concerning the safety of Saxagliptin or provide sufficient training to sales representatives who sold the products.

Other Saxagliptin lawsuits have also been filed, alleging that the makers of Onglyza and Kombiglyze XR failed to warn people who allegedly suffered congestive heart failure or other heart disease after taking the medications.

More ONGLYZA AND KOMBIGLYZE XR News
In February 2017, Texas resident Wrendell Chester filed a lawsuit Wrendell Chester v. Bristol-Myers Squibb Company et al, Case No. 4:17-cv-00316, US District Court, Southern District of Texas against Bristol-Myers Squibb Company, Astrazeneca Pharmaceuticals LP and McKesson Corporation. Chester alleged that he suffered heart failure, congestive heart failure and hypoxic respiratory failure, a condition where there isn't enough oxygen in the blood, after he took both Onglyza and XR (saxagliptin and metformin extended release) between 2010 and 2015, according to the lawsuit.

"Type 2 diabetes medicines containing saxagliptin and alogliptin may increase the risk of heart failure, particularly in patients who already have heart or kidney disease," the FDA wrote in its warning. "Heart failure can result in the heart not being able to pump enough blood to meet the body’s needs."

Posted by
Robert Shannon
on July 9, 2017
I took Onglyza for about 2 years, when I realized that the medicine caused more harm than good to my body. I had stopped the medicine about 11 months ago and have suffered dramatically from the medicine. I am constantly sick and got severe pain throughout my whole body.
Posted by
lisa runnels
on July 9, 2017
I have been on diabetes medications now for 6 months...being pre diabetes...I notice problems with my heart now...need info about this medications ,causing heart diseases.
Posted by
Georgie Fong
on July 9, 2017
No, the man a CON, trying to get money for his heart disease that common with diabetes !!!!. In fact, the 87% of diabetic died from heart attack. And he RESPONSIBLE FOR HIS DIABETES !!!. which took DECADES OF ABUSE FROM HIS TOXIC EATING. of meat , eggs, dairy, oil, and processed food and refined sugar!!!. Sick of all these IRRESPONSIBLE PEOPLE who constantly blaming others for their hatred for their own body and heart, but they loved their oral addiction...to fat and sugar.