In what could be a landmark New York employment case, an incorporated company representing the well-known broadcast journalist and television host Charlie Rose has agreed to pay a settlement valued at $250,000 to a class of interns who claimed they were not paid while working on the Charlie Rose show. The New York Times (12/20/12) also reported that Charlie Rose Inc. agreed to pay $50,000 in legal costs borne by the class plaintiffs. 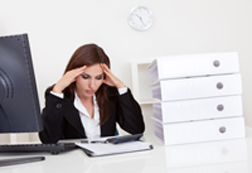 The lead plaintiff in the New York labor law class-action suit, Lucy Bickerton, claimed to have worked at the Charlie Rose show for three months, from June through August 2007. In court documents, Bickerton asserted she worked up to 25 hours per week at the show, performing various duties ranging from procuring research material and putting together press packets, to escorting guests and even cleaning the Green room.

Bickerton claimed the New York employer, Charlie Rose Inc. - the production company owned by Charlie Rose - did not pay her for her services. Bickerton also asserted Charlie Rose Inc. exploited the true ideals of internship by requiring Bickerton to perform duties that could have easily been done by another employee.

The intern issue is beginning to find traction in New York employment law, as more interns have been complaining to labor officials. To this end, The New York Times is reporting that some corporations have altered their policy with regard to interns, and have begun paying them a stipend.

That hasn’t stopped several New York state labor law actions that are now before the courts. The Bickerton case was the first to be settled, in part to avoid the costs and complexities of a trial, according to wording couched in the settlement agreement.

Under terms of the settlement, Charlie Rose Inc. will pay back wages of $110 per week for a maximum of 10 weeks to a potential class of 189 interns who worked on the show, based on an average internship day of six hours and an average internship week of 2.5 days. The New York state employment law settlement represents any intern who may have worked on the Charlie Rose show from March 14, 2006, through October 1, 2012.

More NEW YORK LABOR LAW News
It should be noted that the 10-week maximum will not be applied to any intern who worked on the show for more than one semester. A semester is identified as having an average duration of 10 weeks.

According to terms of the settlement, the New York employer in the case admits to no wrongdoing. In a statement on behalf of Mr. Rose, Charlie Rose Inc. said, “Our interns are not employees; they did not perform ‘work’ for the program and none of them ever expected to be paid for their internship.” The Charlie Rose show is the long-running interview program that airs on PBS stations throughout the US.