Sometimes, something designed to improve a situation actually makes it worse. Such was the case for an expensive new computer system costing hundreds of millions of dollars that only served to trigger a New York overtime debacle of grand proportions. 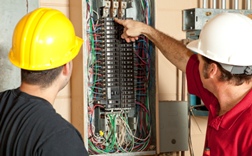 The Post Standard (1/9/13) surmised that it mightn’t have helped that the rollout of the new $365 million system coincided with the aftermath of Hurricane Sandy. Be that as it may, National Grid was hit with two New York labor lawsuits filed by unions on behalf of workers who had not been paid, or were underpaid.

According to the report, the new system was meant to simplify New York employment for National Grid. The timing was especially critical, in that many National Grid employees worked 16 hour days in the aftermath of the horrific storm, to get city services back up and running.

The system, however, failed. According to the report many workers received their regular pay but were not paid New York overtime. Other National Grid employees were not paid at all.

One of the unions that filed a lawsuit against national Grid represents 3,100 New York employees. The Office of the Attorney General for New York has subpoenaed records from the energy juggernaut, in an effort to try to get to the bottom of it.

The New York employer also has 17,000 employees scattered throughout the US. Reportedly, several thousand employees outside the state of New York have been affected.

Some employees discovered that too much had been withheld from their pay packets. One retired worker, who still gets a monthly paycheck after taking an early retirement incentive, had an amount deducted from his paycheck for Medicaid and Social Security taxes easily 20 times higher than normal. Chuck Mangan told The Post Standard that while the November glitch was corrected the following month, his December paycheck omitted his company-paid life insurance, described as a taxed benefit.

“I just shake my head,” Mangan told The Post Standard. “I’m not getting hurt by it, but friends of mine are.”

Local 97 of the International Brotherhood of Electrical Workers filed a class action New York employment lawsuit with the help of a New York employment attorney November 20 in US District Court at Syracuse. A similar lawsuit was filed by another union in Brooklyn. The company was fined $270,000 for failure to comply with New York labor law and wage provisions.

More NEW YORK LABOR LAW News
New York employment law stipulates that works are paid for any and all work performed over and above a standard work day, or standard work week. While the new computer system was designed to make operations more efficient, critics of the rollout noted that there are glitches and growing pains inherent with any system at the best of times, and that implementation of the system should have been delayed until after the crisis brought about by Hurricane Sandy, had passed.

The company reportedly issued cash advances to employees, to tide them over until the confusion was sorted out. There appears to be a lot of ‘sorting’ to do. In some cases, child support payments were deducted from paychecks but never forwarded to the recipient??"a violation of New York state labor law and child support laws.