More NEW YORK LABOR LAW News
A collection of roughly 30,000 building workers in New York City are planning to go on strike next week in an effort to change New York labor law related to compensation for extra tasks that they commonly performed over the years. 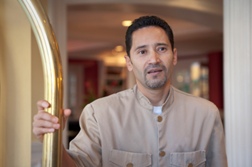 Doormen, security officers, concierge service providers, maintenance workers and other members of the Service Employees International Union (SEIU) recently voted to walk out of their places of business roughly a minute after midnight on April 21 unless they can reach an agreement with the Realty Advisory board (RAB), an organization that represents building owners and managers.

The SEIU, the largest union of service workers in the country, according to InTheseTimes.com, seeks to renegotiate their contracts to improve healthcare benefits and adjust their salaries to the cost of living.

If enacted, the strike would be the first doorman work stoppage since 1991, when several building owners broke with the RAB to sign "me-too" agreements with the jaded employees, turning negotiations in the favor of the SEIU.

While New York's Taylor Law prevents workers in the public sector from striking under penalty of steep fines, service professionals are private employees and are therefore free to strike under the state's labor law.