An attempt to initiate a furlough system in Jersey City is about to be contested in court. A lawsuit filed just before Christmas will test the validity of the furloughs, in association with New Jersey labor law. 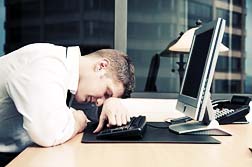 The city appears to be taking a cue from the state of California, which announced furloughs last year in response to the statewide fiscal crisis. Various unions and other groups challenged the idea of the mandated furlough as unconstitutional, unfair, illegal, or all of the above.

Now workers are waging a similar fight in Jersey City.

According to the January 5 edition of the Jersey Journal, a state-approved plan will require all individuals employed by Jersey City, with the exception of police and fire department workers, to take 12 unpaid days off.

The temporary layoffs are projected to save roughly $2 million in a city with a $40 million deficit.

However, the Jersey City Supervisors Association filed a lawsuit December 22 in US District Court to combat the move. The 110-member association claims that the city, while crying poor, has hired 53 full-time workers since May of last year, adding to the books a combined salary of $1.6 million, not including the cost of health and pension benefits.

More NEW JERSEY LABOR LAW News
Complicating the issue is the fact that the union has been without a contract since June, 2008—and the Jersey City Supervisors Association has been at loggerheads with the city ever since.

A spokesperson in the mayor's office noted that the state has approved Jersey City's furlough plan. "While the furloughs are unfortunate, they are necessary and thoroughly defensible as they have been authorized by the state Department of Personnel," said Jennifer Morrill, who represents the office of Jersey City Mayor Jerramiah T. Healy. "This is one of several steps the administration is taking to ensure that residents do not face an acute tax increase."

The union claims in its lawsuit that the city has "substantially impaired the obligations" of the union's contract under a clause in the US Constitution.

A New Jersey employment attorney will be representing the interests of the association in the lawsuit.